Raising children is a source of happiness, right?

Well, it turns out the data tells a more complicated story.

For the past two decades a growing troupe of researchers has been investigating happiness across the globe.

They’ve found marriage tends to make people happier, unemployment makes them miserable and that wealthy nations are happier, on average, than poorer ones.

Happiness researchers have also discovered a wellbeing “curve” where satisfaction levels fall away in middle-age before rebounding later in life. This pattern is surprisingly consistent across countries and cultures (the happiness nadir comes in our late 40s and early 50s).

But one of the more puzzling findings from all this wellbeing research is that having children doesn’t seem to make people any happier.

That raises some big questions. If becoming a parent makes you unhappier why do so many people do it? And why do parents with one child have more if it makes them less satisfied?

Economists David Blanchflower and Andrew Clark, who specialise in the study of happiness, decided to investigate further.

They reviewed a long-running survey conducted by the European Union which asked more than one million people across 35 countries over the past decade to rank their life satisfaction.

This allowed the researchers to look in detail at the happiness levels of adults who were married, divorced, widowed and single, and those who had children or stepchildren as well as childless households. The surveys also collected financial information including whether respondents had trouble paying their bills.

The baseline result was similar to many other studies: overall, children did not raise the life satisfaction of parents.

But Blanchflower and Clark identified one crucial factor that seems to make all the difference to the happiness of parents: financial pressure.

“The negative effect of children comes from their effect on financial difficulties,” says their paper Children, Unhappiness, and Family Finances: Evidence from One Million Europeans published by America’s National Bureau of Economic Research.

When the stress of struggling to pay bills was removed from the equation, having children was shown to make people happier in the vast majority of cases.

The economists concluded that “children are associated with greater parental satisfaction in favourable financial circumstances”.

In other words, kids increase the happiness of parents as long as the extra costs involved with having children doesn’t make it hard to make ends meet.

“Children are expensive, making it difficult for some parents to pay the bills,” says Blanchflower, who is an economics professor at Dartmouth College in the US.

“Our findings illustrate how you can flip the notion that children make parents unhappy. Once you control for a household’s financial circumstances, including any difficulties that they may have, the negative impact of children on life satisfaction disappears and becomes positive.”

Even so, not all children and family types are the same.

The study found kids under the age of 10 brought more satisfaction to their parents than those between the ages of 10 and 14.

The age of parents is a factor – the happiest people with children were under 45 years.

Marital status also seems to matter a lot in determining whether children increase happiness or lower it.

Single parents were, on average, less happy than coupled parents regardless of whether they were divorced, separated or widowed.

Also, happiness was greater among parents with kids from a current relationship – having stepchildren was “systematically associated with lower life satisfaction”.

While the study by Blanchflower and Clark drew on European surveys, it is likely the findings would be similar in other advanced economics like Australia and the US.

Raising children here is expensive and a range of surveys show cost of living pressure is an acute concern for young parents, especially those with mortgages in Sydney and Melbourne.

There is a clear message for governments from Blanchflower and Clark’s study.

Assisting parents that are under financial pressure to increase their incomes would deliver a major boost to the wellbeing of the whole community.

One obvious policy response, says Blanchflower, is to ensure childcare is more accessible and affordable.

Improved leave provisions for mothers and fathers after the birth of a child would also bolster the economic security of families with children.

The study draws attention to the relatively low wellbeing levels of lone parents.

This is another reason for governments to reconsider the successive cuts to assistance for low-income single parent families.

The World Happiness Report, released this month, showed Finland, Denmark and Norway to be the three happiest nations (Australia was ranked the 11th happiest – down one place compared with last year).

It is no coincidence that those three Scandinavian nations provide substantial support for working parents and are renowned for their high-quality, accessible childcare systems.

Matt Wade is a senior writer for The Sydney Morning Herald and The Age. 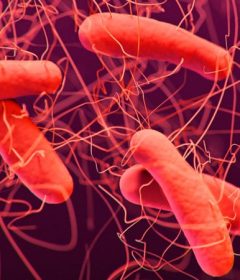