Home » Health News » It is time to embrace the ‘casual slumber’

It is time to embrace the ‘casual slumber’

Any diligent person who works from home will tell you that discipline is the key to success. Which is why I head to my office (via the kettle) for 10.30am, ready to catch up with the rest of the world, which has already been at work for several hours.

The room echoes with urgent keystrokes until about an hour after lunch when, like millions of other workers, I hit the postprandial morass, which makes late afternoons a mire of procrastination.

Indeed, tiredness is an epidemic. In Australia, a 2017 report by the Sleep Health Foundation estimated poor sleep drains $26.2 billion from the local economy. 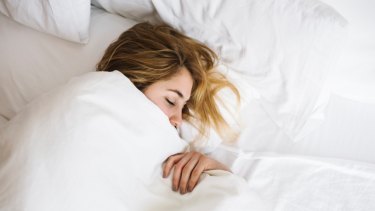 It is time to embrace a more casual form of sleep.Credit:Stocksy

Yet still we punch through, crossing the 6pm finishing line bleary-eyed and drained, our Calvinist work ethic intact.

Like many of you, this was my pattern until I started doing something secretly in my bedroom in the afternoon that is so taboo, even now I feel guilty confessing to it: I started taking afternoon naps.

At about 2pm, I quietly snuck upstairs, set the alarm for 20 minutes, and had a kip. Worst of all, this often takes place on the loo. Call it my attempt at multitasking.

The result of these dozes – yes, even the bathroom ones – is a miraculous renewal of energy and focus, and a more productive, albeit shorter, afternoon. And last month, ahead of World Sleep Day, a study of 212 patients at Asklepieion General Hospital in Voula, Greece, found that those with high blood pressure who slept for an hour a day saw their condition improve "at the same magnitude as other lifestyle changes" such as reducing salt or alcohol.

So why isn't everyone snoozing after lunch?

The answer, of course, is that in other parts of the world many are, and thus are enjoying the health benefits.

We may raise eyebrows at the Spanish siesta and blame the nation's sluggish economy on the fact that the shops are shut between 2pm and 5pm, but the fact remains that even though only 18 per cent of Spaniards admit to having an afternoon nap, they enjoy a much longer life expectancy than UK citizens – as do Italians, who also take an afternoon riposa.

There is further research to back this link between loafing and longevity: according to a 2012 report from the Spanish Society of Primary Care Physicians, a regular short sleep after lunch can reduce stress, help cardiovascular function, and improve alertness and memory.

However, the fact remains that even though we would all benefit from a nice lie down, culturally, taking a nap in the workplace is frowned on by most firms. This, argues Dr Nerina Ramlakhan, a sleep expert and author of The Little Book of Sleep, is counterproductive.

"I said 15 years ago that organisations that allow their staff to nap will have a competitive advantage," she says. "The human body is not designed to be on the go all the time, but work patterns and technology mean that we are constantly active and bombarding our brains with information. Many people never stop during the day or take breaks and they get home in the evening feeling shattered and exhausted. A mid-afternoon nap is a way to withdraw from external stimulus so the brain can rebalance and the working memory can empty itself."

She recommends a 20-minute doze between 2pm and 4pm, sitting or lying down. "Avoid going into deep sleep as you might come out of it feeling groggy. You want to get to the early state of sleep where you just start to drift off," she advises. "These power naps help cognitive performance."

A few forward-thinking firms now provide "nap pods" and sleeping areas, but, as Dr Ramlakhan concludes, their prevalence remains "a long way off".

The result of these dozes – yes, even the bathroom ones – is a miraculous renewal of energy and focus.

Our reluctance to embrace casual slumber is cultural and for liberation we need to look to Asia, where sleep is more of a public affair. Snoozing workers draped over scooters at the side of roads are a common sight in various cities in Vietnam, while in Tokyo and Hong Kong, it is common to see zonked-out businessmen asleep in public places – something the Japanese call inemuri, which means "being present while asleep" and is symbolised by people dozing at their desks, in class and in meetings.

Indeed, the Japanese are arguably the masters of casual sleep: dropping off in the day has been recorded as far back as the 10th century.

For people not used to the practice, it can be confusing and disconcerting, particularly in business meetings, and it is tricky to understand the nuances of when and where it is acceptable.

Dr Brigitte Steger, senior lecturer in modern Japanese studies at the University of Cambridge, explains: "In Japan it's taken for granted that you fall asleep when you are tired. Inemuri describes a social aspect of napping while you officially do something else. For that reason, it is not seen as sleep, although physiologically you might well be fully asleep."

Most likely, we have a long way to go until slumping at desks in the UK is viewed positively, but some businesses are keen to practise their own brand of nap-iquette.

St Luke's creative agency in London provides workers with a range of benefits focused on wellbeing, including a quiet sleeping area with two beds. Employees each receive their own pillowcase. Neil Henderson, CEO and owner, says staff are often expected to work late nights and be in for meetings in the morning.

"Advertising is a demanding industry. If someone's only had five hours' sleep because they've been working late and had an early start, their productivity will be hopeless for the rest of the day," he says. "I can't always change the times they are needed, but I can provide somewhere for them to go and have another hour's kip. A power nap midmorning or midafternoon sets you up for the rest of the day. You are much more alert. It also promotes creativity. Sleep and creativity are closely aligned so it helps us get an edge on the competition."

At a time when more than two thirds of adults in all developed nations fail to get the recommended eight hours a night, perhaps the answer is a simple one. Trust me, you'll feel all the better for an afternoon nap. Even if it does take place on the loo.

Step 1: Get comfortable, but not too comfortable. Avoid getting into bed and pulling the covers up to your neck. The key is to find somewhere you can mentally and physically relax without worrying about being disturbed. Switch off your phone.

Step 4: While focusing on your breathing, in your mind sound the elongated word "in" as you inhale, and the word "out" as you exhale. Relax your shoulders and body with each "out" breath. Focus on the feeling of the air in your nostrils and the back of your throat.

Step 5: When the alarm goes off, open your eyes and gently rouse yourself.