Home » Health News » If You're Still Drinking Iced Coffee Instead of Cold Brew, You're Doing it Wrong

If You're Still Drinking Iced Coffee Instead of Cold Brew, You're Doing it Wrong

If you feel you’ve seen more cold brew offerings than usual in Target, Whole Foods or whatever nearby grocery store you frequent these days, you’re not crazy. Cold brew coffee has, is and will continue to rise in popularity and sales. And with so many offerings, we set out to find out: Which store-bought cold brew coffees are worth the purchase?

According to stats published by Mintel in September 2017, US retails sales of refrigerated cold brew coffee grew a staggering 460 percent from 2015 to 2017 — and retail cold brew continues to be on the rise. In the report, Mintel predicted the ready-to-drink coffee market will grow 67 percent through 2022. According to Senior Foodservice Analyst at Mintel, Caleb Bryant, ready-to-drink coffee is one of the fastest growing non-alcoholic beverages in the US.

“It is convenient, comes in a variety of flavors and is oftentimes cheaper than specialty coffees at coffee houses,” Bryant tells SheKnows. “We also see many brands driving innovation in the category such as the emergence of nitro ready-to-drink coffees.”

Bryant isn’t exaggerating, either. There are so many brands pushing out their own ready-to-drink cold brew coffee, but we’ve narrowed it down to 12 and ranked the best from “solid cold brew” to “the very best.”

Based out of Raleigh, North Carolina and launched in 2012, Slingshot is the creation of husband-wife team, Jenny and Jonathan Bonchak. Slingshot offers everything from ready-to-drink teas and coffee to coffee caramels. The Bonchaks’ cold brew, though, take the cake. Described as “light, bright, juicy and fruity,” this cold brew goes down smooth.

You can purchase Slingshot on their website for $20 for a two-pack or at Target or Whole Foods.

Secret Squirrel isn’t new to the lucrative RTD industry; the Los Angeles, California-based roasting and brewing company started making and selling cold brews in 2011 when the concept was still fresh. Now, Secret Squirrel’s cold brew, which is double filtered and cold brewed for 18 to 24 hours, and its other caffeinated products can be found in Target, Whole Foods, Safeway and other stores.

What makes Secret Squirrel set itself apart from the pack is its wide variety of flavors, from dark chocolate mocha cold brew to New Orleans-style chicory coffee and Vietnamese latte.

Find a store near you using Secret Squirrel’s locator. 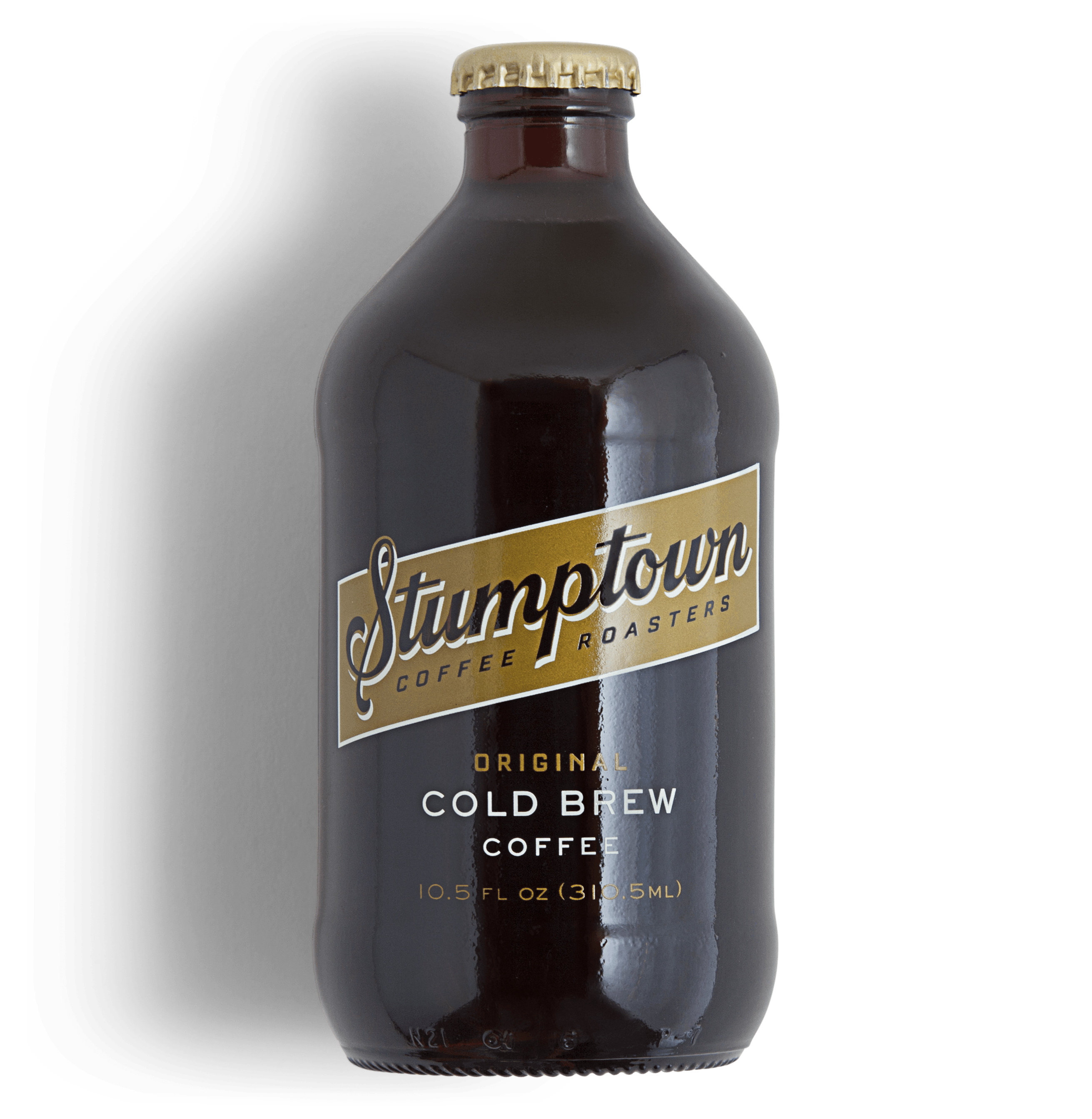 Spoon University ranks Stumptown’s RTD cold brew as its No. 1 pick for its consistency, chocolate-y punch and subtle citrus notes. What we like about this Portland, Oregon-based roaster is how smooth it is. You can also pick up Stumptown’s nitro-infused cold brew coffee.

Stumptown cold brew coffees are available at Target, Walmart, Whole Foods and many other stores nationwide for around $3.50 per bottle.

It’s easy to spot Blue Bottle Coffee’s cold brews; it’s in a bite-size silver can with, well, a blue bottle icon on it. Don’t be fooled by the size of this cold brew, though; it packs a punch. This road-trip ready cold brew is described as “bright yet chocolatey,” and we’d say that’s accurate.

Blue Bottle cold brew coffee is available on Amazon and at Target, Walmart, Whole Foods and many other stores; check stores for prices. 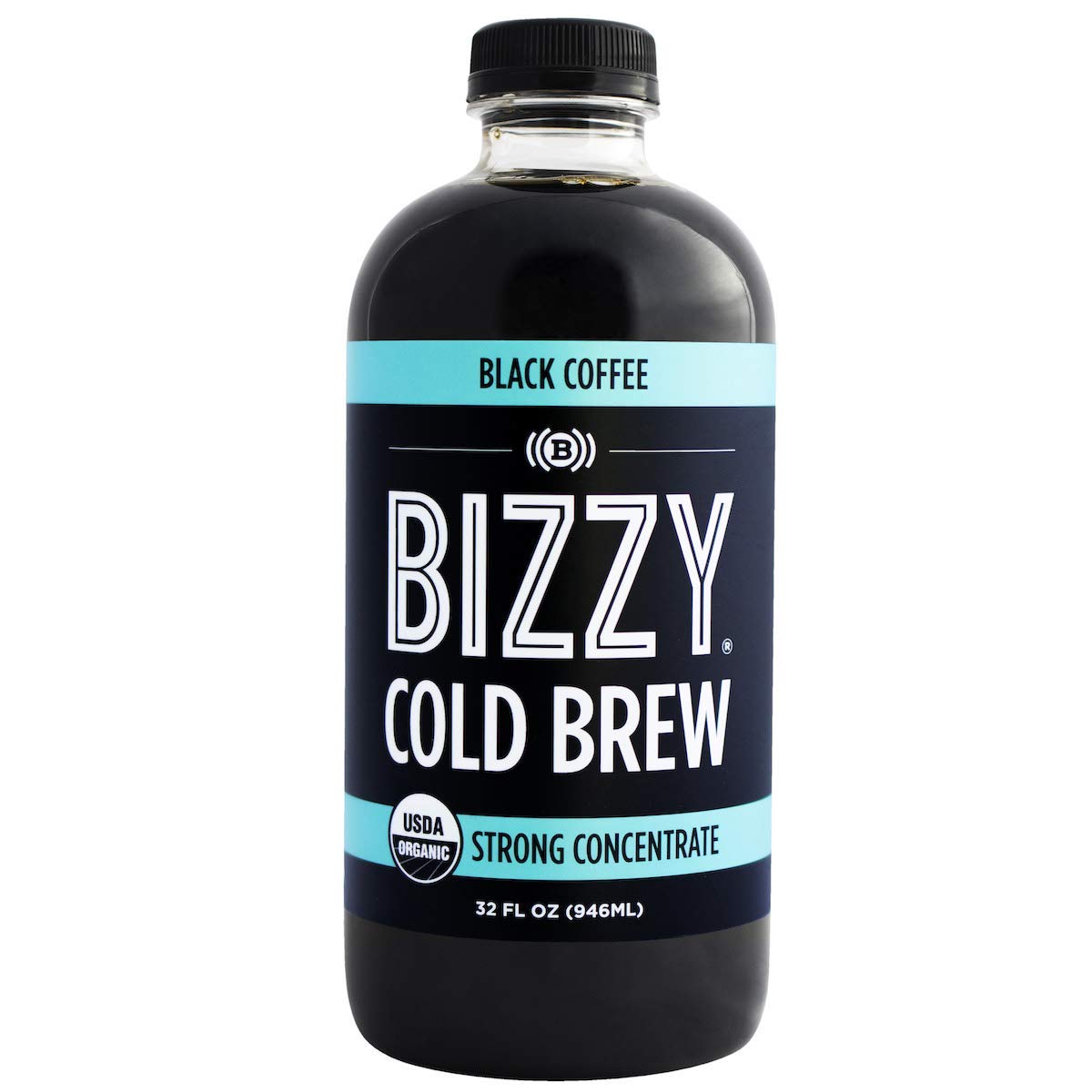 Never heard of Bizzy? Neither had we until we put this list together. Apparently, this cold brew is very well-liked by Amazon customers. With nearly 4 stars out of 5 and 185 reviews, Bizzy’s cold brew strong concentrate makes 16 cups of coffee and it’s 67 percent less acidic than traditional coffee.

Bizzy is available on Amazon for $11.39 per bottle.

Next time you’re at Whole Foods or Target and you’re feeling that 2 p.m. slump, look for the chameleon. Austin-based Chameleon’s cold brew coffee is favorably reviewed on Google, with many dubbing this brand their go-to ready-to-drink cold brew. One reviewer even went as far as to call this the “best cold brew … ever tasted.” Pair it with almond milk, and you can’t go wrong. Offered at Target and Walmart, Stok’s cold brew family includes 11 different offerings, including unsweetened, semi-sweet, chocolate and vanilla; and they’re all bold and flavorful. What more could you want from a cold brew?

With a 4.6 rating on Walmart and a 4.6 rating on Influenster, Stok drinkers are dedicated and diehard. Maybe it has something to do with Stok’s Arabica-based blend that uses a higher ratio of coffee beans to water than typical hot brewing. 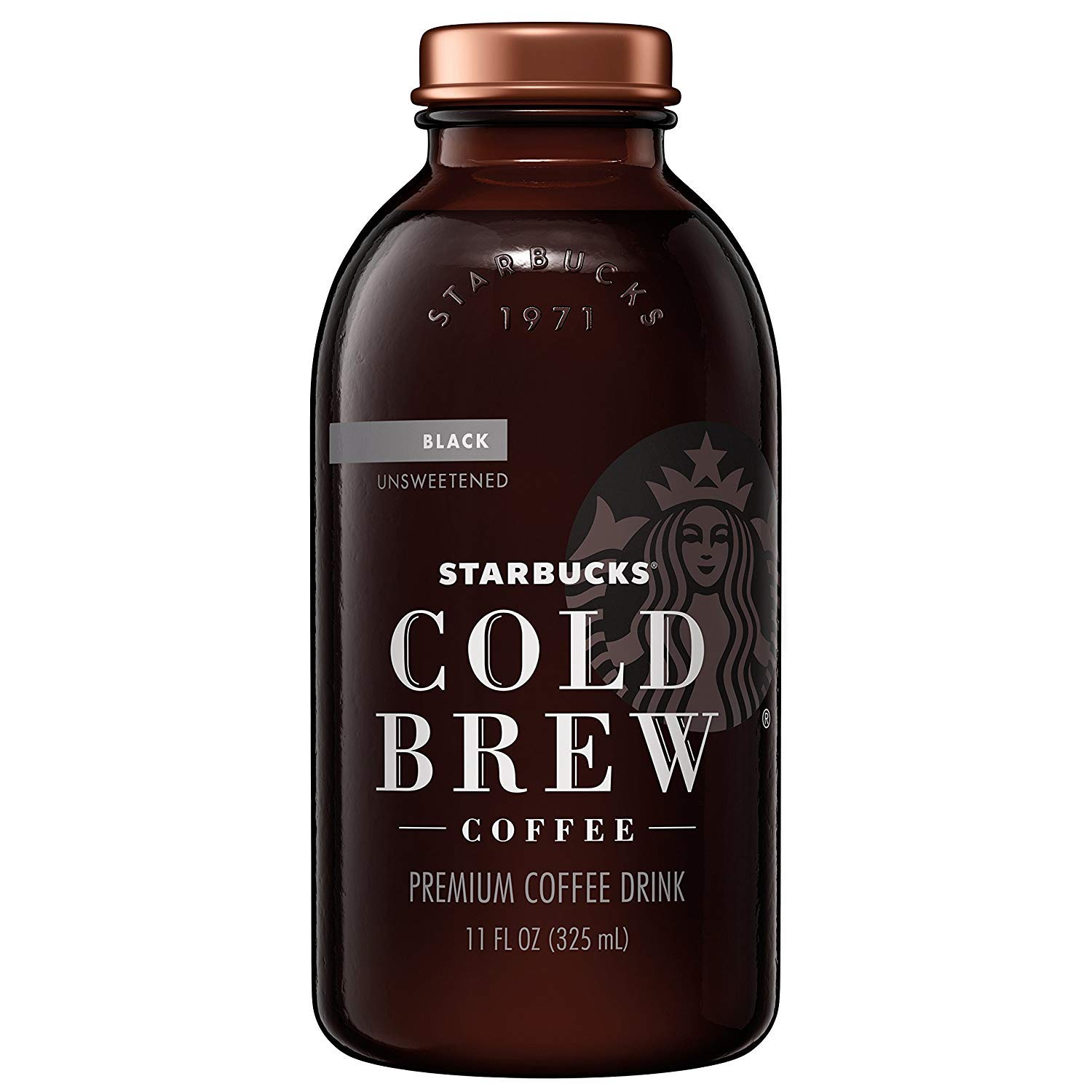 Can’t go wrong with Starbucks, and clearly many others feel the same. With over 180 reviews and a four-out-of-five star rating on Amazon, Starbucks’ grab-and-go cold brew coffee is well-liked. So, if you’re in the market for very strong, but smooth cold brew, this is a solid option. 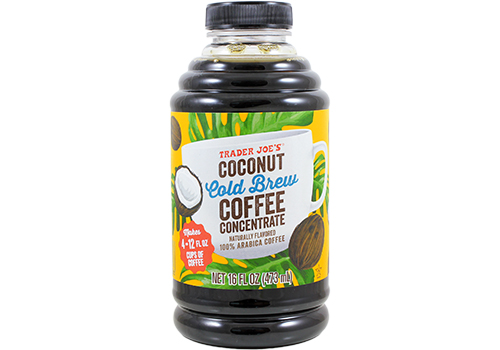 We said it before and we’ll say it again: This is the best cold brew offered at Trader Joe’s. It isn’t too sweet, it goes down smooth, and it’ll quickly perk you up. It’s affordable, too, priced at $4.99 for at least four 12-ounce cups.

If you’re looking for a more decadent cold brew, Califia Farms’ cold brew coffee with almond milk is a creamy dream. With over 200 reviews and a 4.5-star rating on Influenster, this cold brew is catered to those who like their cold brew on the sweeter end. You can find Califia at Target, Walmart, Whole Foods and Kroger.