How paid family leave is an investment in public health 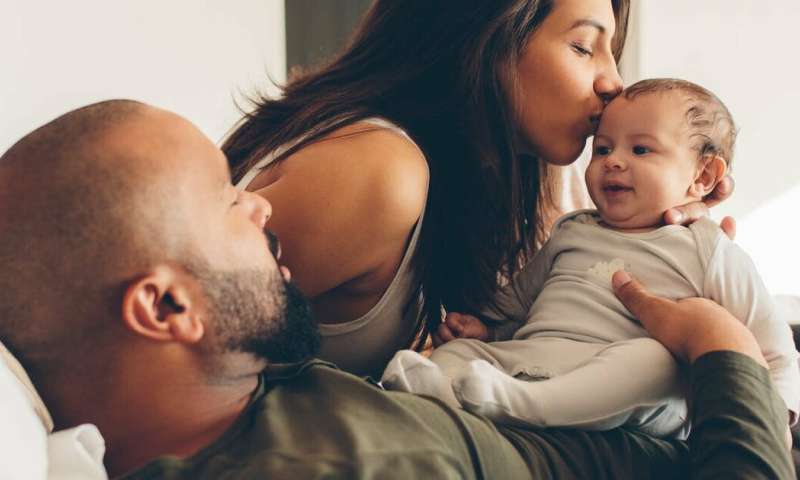 Most Americans – on both sides of the political aisle – say they support paid parental leave. However, we haven’t yet found the political will to make it happen. In part, that’s because the discussion always seems to start with the question, “How do we pay for it?”

That question goes only halfway, though. As a researcher who focuses on stress and health within families, I believe there’s a more important question to ask: “How do we pay for the lack of parental leave?” In other words, how does the stress of a rapid return to work affect parents, and in turn, cost society as a whole? Recently, I sought to answer this question by delving into research on the many changes that new parents experience in the first weeks, months, and years after the birth of a new child – and the possibility that all these changes might not just compromise children’s well-being, but also put parents’ long-term health at risk.

How fast should women “bounce back” after giving birth? Instantly, at least according to celebrity magazines. And many workplaces in the United States deliver the same message. The typical American maternity leave lasts only 10 weeks, and a quarter of new mothers return to work within two weeks of delivering a child.

The U.S. is one of the only countries in the world that does not guarantee paid leave to new parents. The 1993 Family Medical and Leave Act provides for unpaid leave – but almost half of U.S. workers are not eligible, and many cannot afford time off without pay. Compare this to the rest of the globe, where paid maternity leave is standard, averaging 18 weeks internationally and extending beyond six months in many developed countries.

Economists have examined paid family leave policies and measured their impact on worker retention and productivity, as well as health outcomes. But their studies typically focus on population-level trends. As a psychologist whose work takes a more intimate look at family processes, I wondered: How does the stress of work-family conflict affect the well-being of new parents?

I reached out to Stanford economist and family leave policy expert Maya Rossin-Slater to help digest the body of research on health and family leave. Together with developmental neuroscientist Diane Goldenberg, we reviewed existing studies and proposed future directions for research and policy in a recent paper published in American Psychologist.

Psychologists already know that the transition to parenthood is a high-risk time for mental health problems like anxiety and depression. New parents are about twice as likely to report clinically significant depression as are adults at other life stages.

Physical health risks may worsen during this time as well. For example, obesity: many mothers gain in excess of physician-recommended weight guidelines during pregnancy, and may struggle to lose this weight after birth. New fathers also gain weight: “Dad bod” is real.

Stress influences both mental health and weight gain, and may also affect immune and inflammatory processes that can contribute to long-term health risks. Costly chronic diseases like heart disease and cancer drain the economy, and yet few researchers have zeroed in on the transition to parenthood as a potential inflection point in risk for these diseases. Are these risks magnified when parents lack protected time to recover from birth and adjust to parenthood? If so, the U.S. may be setting up new parents – and especially low income parents – to fail.

In making sense of the research that speaks to health in parents, we started by first identifying what changes over the transition to parenthood in order to spotlight potential areas of vulnerability.

At the neurobiological level, researchers are finding that new parents’ hormones and brains may be particularly changeable – what scientists call plastic.

Research on rodents has found that pregnancy hormones remodel the maternal rat brain, helping prep the mother-to-be for infant care. Human mothers also show dramatic changes in hormones across pregnancy and the postpartum period. One neuroimaging study scanned women pre-pregnancy and then tracked them over several years, scanning them again after childbirth. Surprisingly, women’s brains actually shrunk over the transition to motherhood, showing reductions in volume particularly in areas linked with social cognition. Pruning may have helped these areas work more efficiently to support caregiving, since women who lost more brain volume also reported stronger attachment to their infants. 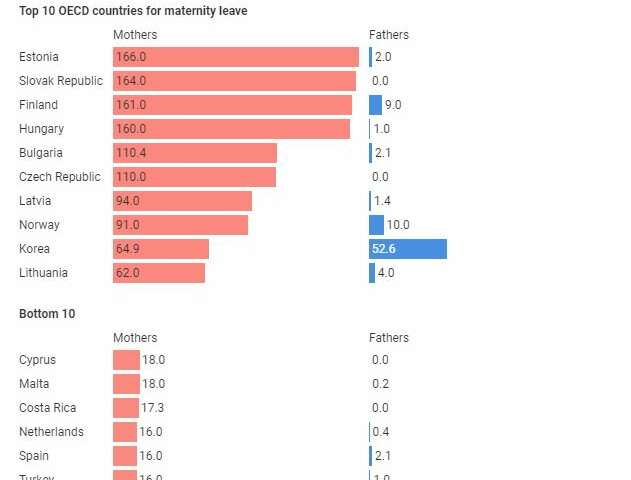 Fathers may also undergo neurobiological transformation across the transition to parenthood. Studies have found decreased testosterone in new dads and changes in men’s brain volume in early parenthood, for example.

These neurobiological changes may shape parents’ long-term health, although research evidence is still scant. Scientists also don’t know much about how stress affects the neural and hormonal changes that can accompany parenthood. But what we do know is that new parents are undergoing big biological changes, making this time a sensitive window for the brain.

Although many parents eagerly await the arrival of their new baby, becoming a parent can also be challenging, isolating and even overwhelming. Infants require constant care, which can be cognitively and emotionally taxing and physically exhausting. For parents who must return to work soon after birth, the scramble to find trustworthy childcare can also take a financial toll.

Large studies have found that well-being takes a dip during early parenthood; one found that becoming a parent spurred a larger decline in happiness than events like divorce, unemployment or the death of a partner. Couples’ relationship satisfaction also nosedives in the postpartum period, as they adjust to new roles and responsibilities.

All of these psychological changes may set parents up for heightened mental health risk, reflected in the elevated prevalence of depression and anxiety during this time.

Parents’ everyday routines are upended after a baby’s arrival.

Take sleep. Anyone who has lived with an infant knows they wake up often at night. It’s been estimated that parents lose about 80 hours of sleep a year for the first few years of a child’s life. Fathers may actually wind up more sleep-deprived than mothers, in part because they return to the workplace sooner.

New parents also report lower levels of physical exercise, may eat less healthy diets and have fewer opportunities to pursue hobbies and get together with friends. Given that sleep, exercise and other healthy routines are strongly linked with well-being, these changes might help explain why new parents show heightened health risks across so many domains. In particular, scientists know that poor sleep increases vulnerability to disease, obesity and mood disorders, so sleep deprivation in the postpartum period may be a key driver of the risks that new parents experience.

So what can one conclude from all of this research? Like many windows of dynamic developmental change, the transition to parenthood is a time of transformation that can spur growth – but also brings vulnerability.

Changes in stress physiology, obesity, inflammation and mental health contribute to a cascade of risks that predict costly cardiac and metabolic diseases down the road. Paid family leave requires significant investment, but might save taxpayers money if it lessens the burden of these chronic diseases on the economy. And our review focused on parents’ health in adulthood, not even scratching the surface of the potential benefits to children that paid family leave policy can bring. For example, mothers with access to leave breastfeed longer, and family leave has been linked with lower rates of ADHD and obesity in young children.

Research finds that loneliness is worse for your health than smoking cigarettes, suggesting that connections with others may play a profound role in population health. Public health investment has led to dramatic declines in smoking over the last four decades, but hasn’t yet truly tackled social cohesion as a public health challenge. What better place to start than by facilitating the first and arguably most important set of social connections – those that blossom within a new family.

This topic is personal for me. When my first child was born, I was a psychotherapy intern at a veterans hospital. As a federal employee, I didn’t qualify for state disability and, as a contract employee, couldn’t access Department of Veterans Affairs leave. My husband, a freelancer, could not take time off without losing income, and I couldn’t quit my job – we needed the health insurance. My wonderful supervisors let me take unpaid time off. But money was tight. Nearby daycares had yearlong wait lists and cost half our combined income. I’m an Ivy League grad with a doctorate, one of the lucky ones, but could barely afford the cost of having a child in the United States.