While the number of vaping-related fatalities continues to grow across the Unites States, Kansas health officials are also seeing a rise in the number of young children ingesting the harmful products.

On Tuesday, officials at the University of Kansas Poison Control Center said they are getting more reports of young children — infants and toddlers — eating the vaping cartridges and drinking the liquid nicotine.

According to the outlet, the center has received at least nine calls in the last three weeks related to children, found by their parents, with the e-cigarettes or pods, though “[the] children were not actually vaping.”

”Parents are calling saying, ‘Hey I found my kid holding the vaping product,’ or ‘I found the kid with the e-cigarette pod in their mouth,'” Dr. Elizabeth Silver, clinical toxicologist with the poison control center said. “So we’re actually having a bit of an uptick in that, along with having reports of these vaping associated pulmonary illnesses.”

“We’ve had kids ingest that and they get pretty bad toxicity from the nicotine because it’s very, very concentrated in those little pods,” she added.

Drinking nicotine can cause nicotine poisoning, which, according to Medical News Today, used to be a relatively rare occurrence. However, the rising popularity of vaping and e-cigarettes has resulted in an increase in reported cases. They name eating cigarettes or consuming liquid nicotine as “the most common method of poisoning in children.”

Doctors are urging parents to treat vaping products like drugs and keep them out of reach of children.

RELATED: How Dangerous Is Vaping? E-Cigarette Users ‘Should Worry’ About Rise in Lung Illnesses, Says Expert

Meanwhile, 16 people have died from vaping-related illness. Last week, the Centers for Disease Control announced that cases of severe lung illnesses related to vaping had soared to 805. The new total, up from 530 just a week earlier, now includes reports from 46 states and the U.S. Virgin Islands. The 805 cases include people who used THC e-cigarettes and nicotine-based e-cigarettes.

The CDC said that stopping teen e-cigarette use is one of their priorities.

“Any tobacco product use, including e-cigarettes, is unsafe, especially for youth,” CDC director Dr. Robert R. Redfield said in a statement. “Nicotine can harm the developing adolescent brain. We must do everything we can to reduce the use of e-cigarettes among middle and high school students to protect them from immediate lung injury and a lifetime of nicotine addiction.” 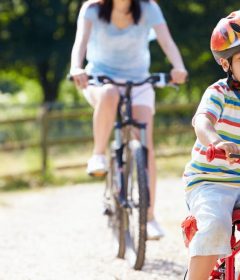 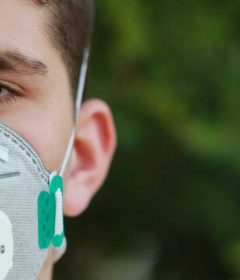