Doctor Hilary on the difference between covid and hay fever

A potential link between alcohol and hay fever has been considered for some time, as many drinks contain histamine. This is created by the yeast and bacteria in the drinks during fermentation – and is the chemical we try to fight during hay fever and other allergies using antihistamine tablets. Among the worst offenders for this are red and white wine as they have higher levels of histamines than some other drinks including clear spirits such as gin and vodka.

Researchers at the Centre for Alcohol in Denmark conducted a study published in 2008 to understand the effect of alcohol on hay fever more thoroughly.

More than 5,800 Danish women, aged between 20 and 29 took part in a trial that measured their alcohol consumption at the start and end of an eight year period.

The paper, which can be found in the Clinical and Experimental Allergy journal, found drinking more than two glasses of wine every day almost doubles the risk of allergic rhinitis – more commonly known as hay fever.

And this was the case even for participants who didn’t suffer from the condition at the start of the study. 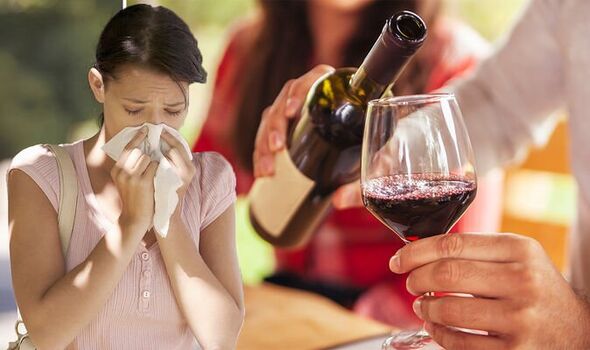 “Alcohol consumption was positively associated with the risk of developing perennial AR.

“The adjusted odds ratio (OR) for perennial AR was 1.78 among women drinking more than 14 drinks a week compared with women drinking less than drink a week.

“There was no association between alcohol consumption and seasonal AR.

“Having one or two parents with asthma was, after adjustment, significantly associated with the risk of developing seasonal and perennial AR.”

It adds: “Smoking was not associated with an increased risk of developing AR.”

The paper concludes: “In this population of young adult women, alcohol consumption was associated with an increased risk of developing perennial AR.”

Other alcoholic drinks known to have high histamine levels are beer and cider. 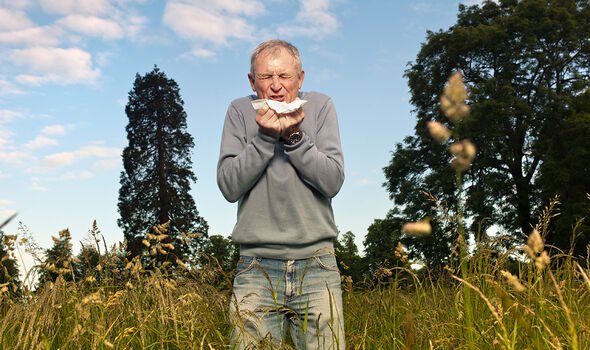 Histamines can also be found in lots of different foods so if you suffer badly with symptoms it could be worth adapting your diet.

According to the NHS, common symptoms of hay fever are “similar to a cold”. 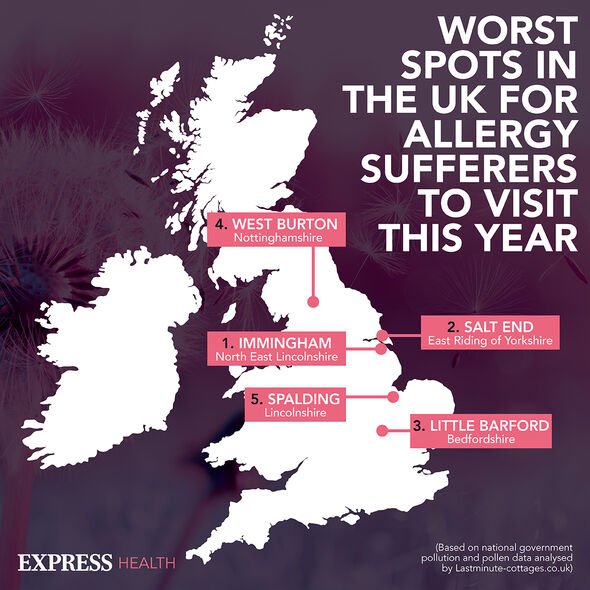