GPs could get more generous pensions to stop so many leaving the NHS as Government admits it has FAILED to meet the promise of 5,000 extra doctors by 2020

The NHS will not hit its target of hiring thousands of extra GPs next year, the Health Secretary has admitted.

In the same interview, he said GPs could receive more generous pensions in a bid to stop them leaving the health service early.

GPs currently have to pay tax on any pension savings above £1million but this law could be relaxed to encourage them to work into their 60s. 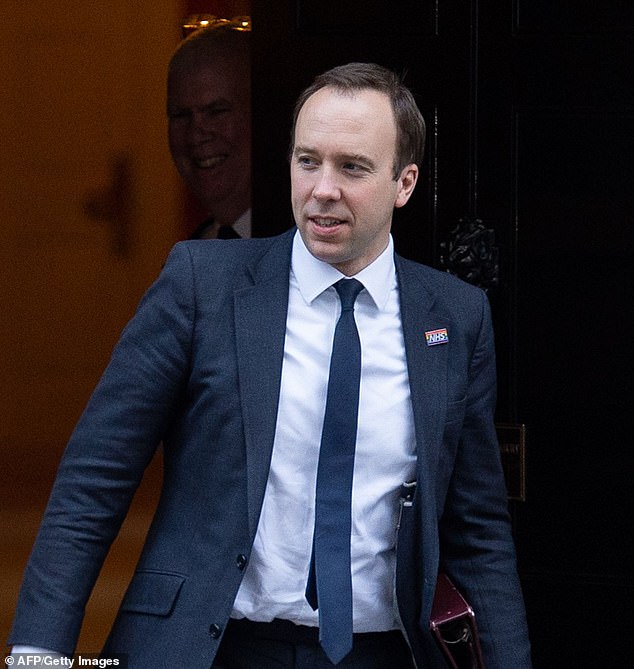 Health and Social Care Secretary Matt Hancock admitted the British Government has failed to fulfil his predecessor’s promise to recruit an extra 5,000 NHS GPs between 2015 and 2020

‘Hard-working GPs – and doctors of all kinds – have been unfairly hit in recent years by complex regulations and tax changes impacting their pensions,’ he said.

Mr Hancock, made Health and Social Care Secretary in July last year, added ‘many are inadvertently facing huge bills at the end of the year’.

He said: ‘At a time of plummeting morale across the profession, and amid a deepening recruitment and retention crisis – particularly in general practice – such charges make taking on extra work, or even continuing to work full-time, an extremely unattractive prospect.

‘A growing number of doctors, and not just older medics with years of experience under their belts, are effectively being penalised for working hard.’

Loosening the regulations on doctors’ pensions could allow them to save more than £1million tax-free for their retirement. 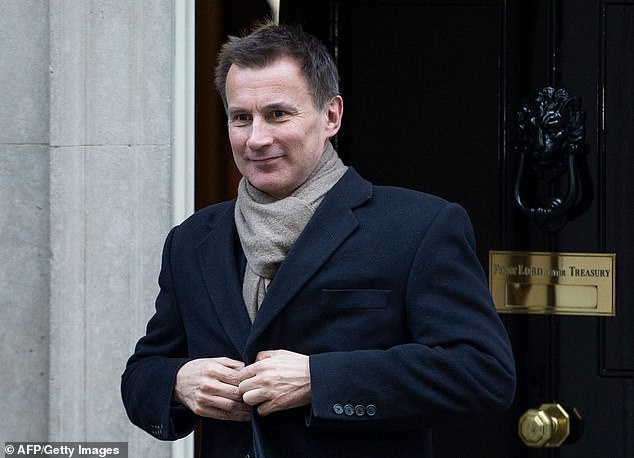 Former Health Secretary Jeremy Hunt, who left to become the Foreign Secretary in July, pledged to increase the number of NHS GPs by 5,000 between 2015 and 2020

HOW WILL THE NHS’S 10-YEAR PLAN SAVE LIVES? THE AMBITIONS IN NUMBERS

The NHS and Government say their new 10-year plan, announced in early January 2019, will save up to 500,000 extra lives over the next decade.

This is how they hope to do it:

The cap was lowered from £1.25million in 2016, but there is no suggestion of what the figure would return to if Mr Hancock’s rule change went ahead.

Research by Which? last year suggested a retired couple could live comfortably off a pension of £210,000.

The average age of retirement for family doctors is 58, but the number retiring in their 50s hit a six-year low in 2018.

Doctors’ organisations have welcomed the idea of increasing pension pots but the Government’s Treasury is sceptical.

The Chancellor’s department is unconvinced the pension cap is a reason for early retirement and fears the move would be unnecessary, The Times reports.

Mr Hancock also officially admitted that the Government promise of boosting GP numbers by 5,000 between 2015 and 2020 has failed.

He said the health service was still committed to the move but does not have a timeframe – although he hopes it will be within five years.

By March last year there had been a net loss of 1,018 GPs since Mr Hancock’s predecessor, Jeremy Hunt, made the pledge in David Cameron’s Government.

But Mr Hancock claims a drive to train and employ more GPs is ‘actually going quite well’.

He told Pulse: ‘Clearly the timing of that will be slower than was originally envisaged before my time. But what matters is making sure that we get that figure reached.’

And he added: ‘The plan is on the basis of five years. I would hope that we can meet the 5,000 goal much sooner than that.

‘We haven’t put a date on it. We’re just getting on with it.’

More than 2.5 million patients across England could see their GP surgeries close in the next five years, experts revealed last week.

The Royal College of General Practitioners said 762 practices in the UK are at risk of closing within the next five years because at least three quarters of their doctors are aged 55 or over and approaching retirement.

Experts said so many closures would have a ‘catastrophic’ effect on the health service.

Appointment waiting times could get even longer, workloads would grow and more people could end up queueing at A&E for minor illnesses.

Campaigners warned the potential closures would be ‘dangerous’ for patients and are calling for ‘drastic action’ to encourage new GPs to join the profession.

The situation is worst in Southend in Essex, where 13 of the area’s 35 GP practices are at risk of closing, potentially affecting nearly 39,000 patients.

A third of surgeries in the London borough of Havering could shut down, and more than 85,000 patients could lose their GP in Sandwell and West Birmingham.

Only around a quarter of areas of England have no practices at risk of closure, according to the RCGP’s estimates.