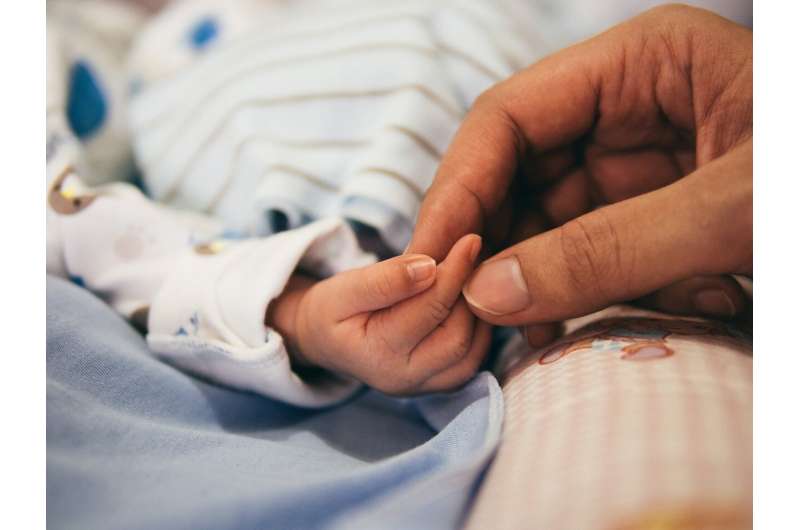 As negotiations around President Biden’s proposed Build Back Better Act remain stalled, the Biden White House continues to push for formal talks on the legislation, that if passed, would significantly expand health coverage for up to 4 million uninsured Americans—including children.

While the effects of expanded health care on the development and health of children have been studied in depth, new research from Sebastian Tello-Trillo, an assistant professor in the University of Virginia’s Frank Batten School of Leadership and Public Policy, and co-authors indicates that there is also a positive “spill-up” effect on the parents of children covered by Medicaid.

In a recently published paper, Tello-Trillo and co-authors Daniel S. Grossman (West Virginia University) and Barton Willage (Louisiana State University) find that mothers of insured children are more likely to be in a stable marriage and experience decreased levels of stress, and that mothers specifically experience mental health improvements when their children are covered by insurance.

The authors also suggest that the positive impacts of expanded Medicaid coverage on parents lead to a better household experience for children and are likely to contribute to the long-term positive effects of Medicaid coverage that have been illustrated in previous research.

UVA Today sat down with Tello-Trillo to discuss the implications of these findings and the effect they could have on current public policy proposals.

Q. What age group did you and your colleagues focus on for this work?

A. The mothers in our sample range from age 16 to 53. Since we were able to follow mothers over time, these mothers specifically were ages 14 to 22 when first interviewed in 1979. In terms of the children who are experiencing changes in Medicaid, we studied the full range of childhood years, from birth to 18.

Q. How many children are currently covered by Medicaid, and what opportunities do you and your co-authors see for expansion of this program as it relates to children?

A. As of today, approximately 38.3 million children are enrolled in Medicaid, and about 44 million are eligible.

A striking example of how important Medicaid is in relation to births: Medicaid pays for about half of all births in the United States, although we don’t address birth-related policy in our research. Even though many children are covered by Medicaid, 5.7% of all children remain uninsured, and the majority of this group live in low-income households with income below 250% of the federal poverty line.

Q. What are some of the effects on parents when children are given more insurance coverage as part of Medicaid?

A. It is easy to understand that for parents, having their children covered by health insurance gives a peace of mind, especially when this insurance is affordable or free.

Our research suggests that this security translates into other impacts on family life. We found that mothers are more likely to be married, meaning they are more likely to get married at all and less likely to divorce. We also found that mothers are more likely opt out of the labor force in order to focus more on home production, such as caring for children. Additionally, we saw positive effects on health behaviors (less smoking and drinking) in mothers, which might come from decreases in stress as we found significant improvements in mothers’ mental health when their children have insurance.

Q. Your research focuses primarily on the “spill-up” effect on mothers, but are there any extrapolations you can make on how this may affect other family members?

Q. Outside of acquiring access to necessary medical care, are there additional benefits to children when their Medicaid coverage is expanded?

A. Improved access to health care is a critical component of Medicaid’s impact on children, but our research illuminates another impact: a better household experience for children. Both an increased parental presence during the first few years of childhood and a parent with less stress are likely better for the child and can positively impact the child’s development. Additionally, when a marriage is more stable due to less stress, children of that marriage likely benefit.

Q. Are there broader impacts to our current social landscape when children are given more insurance coverage?

A. Several previous studies have shown that when children receive Medicaid, they are not only healthier as children, but also experience better health, have better educational outcomes and lead more productive lives as adults.

We think one likely mechanism in these long-term outcomes is the improvement in childhood household experience that results from improved maternal well-being. This suggests that the spill-up effects we find may also improve children’s well-being in both the immediate and long term.

Q. What surprised you most about your research findings?

A. My co-authors and I had different perspectives on what we found most surprising. For me, I think it’s being able to document this relationship in a causal way. Even though the core idea—that expanded Medicaid coverage for children results in more household stability—sounds intuitive, there was very scarce research documenting this fact. I was also surprised by the marriage findings.

Q. What public policy changes could be implemented in light of this new information?

A. Our findings shed light on how Medicaid affects households and also provide evidence of the benefits of in-kind social programs that target children. When we focus on providing support for children, we also provide support for the household in which they live.