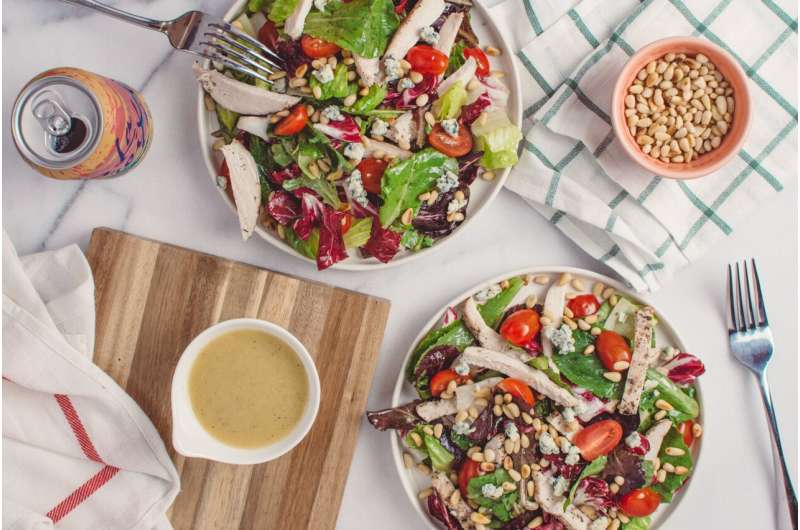 Eating a balanced diet including protein from a greater variety of sources may help adults lower the risk of developing high blood pressure, according to new research published today in Hypertension, a peer-reviewed journal of the American Heart Association.

Nearly half of the U.S. population has hypertension, or high blood pressure—one of the leading contributors to cardiovascular disease. When left untreated, high blood pressure damages the circulatory system and is a significant contributing factor to heart attack, stroke and other health conditions.

“Nutrition may be an easily accessible and effective measure to fight against hypertension. Along with fat and carbohydrates, protein is one of the three basic macronutrients,” said study author Xianhui Qin, M.D., of the National Clinical Research Center for Kidney Disease at Nanfang Hospital, Southern Medical University in Guangzhou, China.

There is a strong association between poor diet quality and increased risk of cardiovascular disease and death from cardiovascular disease. In its 2021 dietary guidance to improve cardiovascular health, the American Heart Association advises people eat healthy sources of protein, mostly from plants and may include seafood and low-fat or fat-free dairy products, and, if desired, lean cuts and unprocessed forms of meat or poultry. The American Heart Association recommends eating one to two servings, or 5.5 ounces, of protein daily.

The study authors analyzed health information for nearly 12,200 adults living in China who were part of at least 2 out of 7 rounds of the China Health and Nutrition Survey from 1997 to 2015 (surveys taken every 2-4 years). Participants’ initial survey was used as a baseline, while data from their last round was used as a follow-up for comparison. Participants were an average age of 41 years, and 47% were men. The survey measured dietary intake in three consecutive 24-hour dietary recalls and a household food inventory. A trained interviewer collected 24-hour dietary information over 3 days in the same week during each round of the survey.

Participants were given a protein “variety score” based on the number of different sources of protein eaten out of 8 reported: whole grains, refined grains, processed red meat, unprocessed red meat, poultry, fish, egg and legumes. One point was given for each source of protein, with a maximum variety score of 8. The researchers then evaluated the association for new onset hypertension in relation to the protein variety score.

“The heart health message is that consuming a balanced diet with proteins from various different sources, rather than focusing on a single source of dietary protein, may help to prevent the development of high blood pressure,” Qin said.

A limitation of the study is its observational design. Because researchers used prior health information, they could not definitively prove protein intake of any kind or quantity caused or prevented new-onset hypertension.