Dialysis nurse donates her own KIDNEY to a poorly stranger de

A nurse has made the life-threatening decision to donate a kidney – but won’t know the stranger who will receive it.

Rachel Cox, 48, who has worked at the renal unit at Crosshouse Hospital, Ayrshire, Scotland, for 15 years, was aware of the implications of losing a kidney.

The mother-of-two pondered over the decision with the help of a psychologist as her family labelled her ‘crazy’.

In 2017, she went under the knife to remove a kidney – something you can only do once in a life – to aid a stranger in desperate need.

But she said she doesn’t wish other nurses to feel the ‘pressure’ of following in her heroic footsteps.

In the UK, around 5,000 people are in need of a kidney transplant, but hundreds of patients die each year waiting. 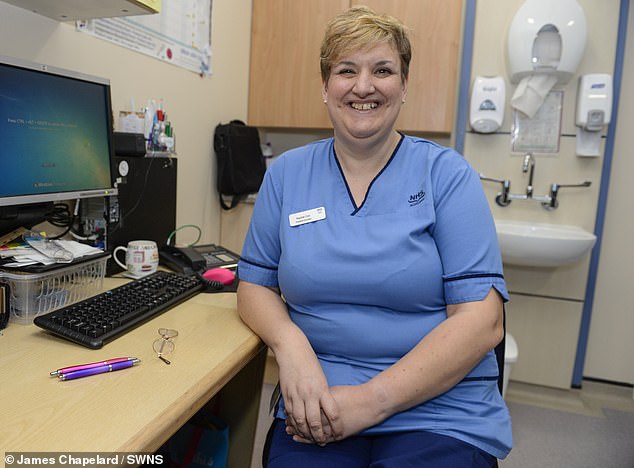 Rachel Cox, 48, made the life-threatening decision to donate a kidney to a stranger 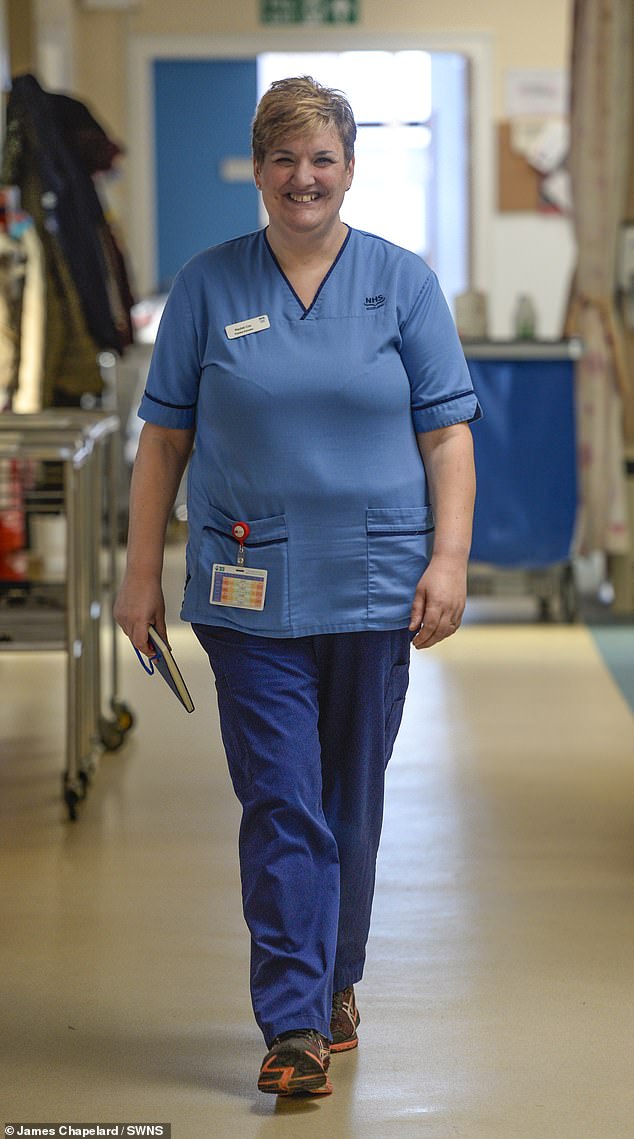 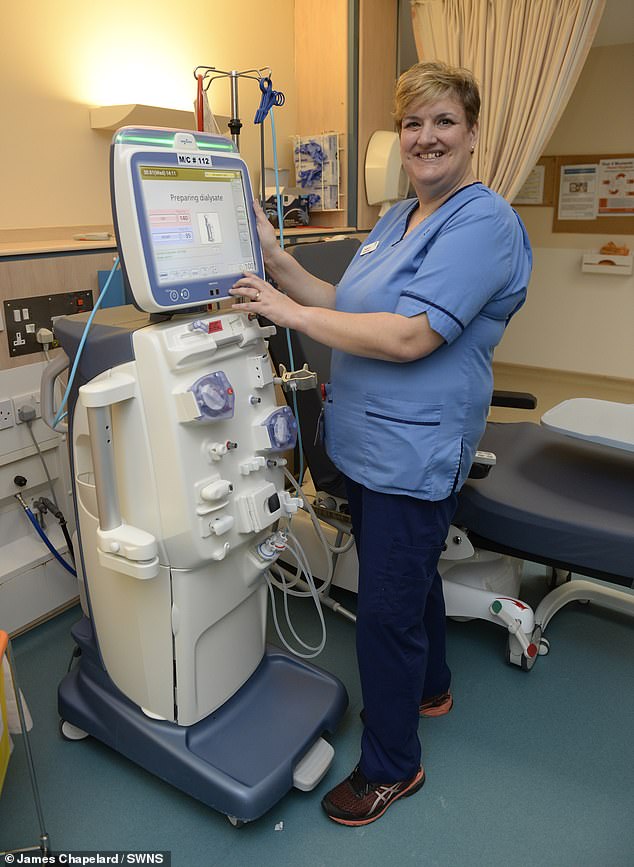 The nurse, who runs the renal unit at Crosshouse hospital, Ayshire, had her kidney removed in 2017 – something you can only do once in a life – to aid a stranger in desperate need

The compassionate nurse, who lives in Troon, Ayrshire, said: ‘My family thought I was crazy. My husband kept asking me if I was sure but never once did he say “don’t do it”.

‘I had a few sessions with a psychologist to establish I was doing it for the right reasons – it’s something all donors go through.’

‘A life on haemodialysis is not easy and it’s not really a choice.

‘It’s something I see every day and I wanted to do something to make at least one person’s life better.

‘You can only give your kidney once and that’s why I couldn’t choose who to donate to.’

Mrs Cox, who has run her unit for eight years, wanted to go the extra mile for patients like her own.

People can spend years in need of a donor, with the average waiting time for a kidney transplant at two and a half years.

Doctors, nurse co-ordinators, counsellors, psychologists and social workers are often involved in the process of donation as it is a personal and difficult decision.

Mrs Cox had a number of tests done over the course of a year, including various blood tests to make sure her kidneys were healthy enough and ensure she could live into her ‘old age’ with only one.

After the operation in 2017, which took no longer than three hours, Mrs Cox said she felt tired and sore, but was comforted by the fact she would soon start to feel well again.

She said: ‘They put me to sleep and when I woke up I had tubes everywhere but at the end of the week they were all gone.

‘I did a top to toe check to make sure that everything was still in place when I woke up, that was the first thing I did.

‘I was a bit uncomfortable when I woke up but I was shown how to use the syringe drivers and how to take painkillers when I needed them.’

Although Mrs Cox now has one kidney, she said she feels ‘no difference’, and she was running within four weeks of her operation.

She said: ‘I’ve got a small scar on my tummy but I’ve not had any issues. It’s been really easy.

‘It is not something I’ve spoken about much in public because I don’t want other renal nurses to think it is something they should all do.

‘I’m well aware this is my personal choice and not something anyone should feel pressured to do.’

Across the UK, more than 1,000 people each year donate a kidney or part of their liver while they are still alive to a relative, friend or someone they do not know.

As with any operation, minor complications include infections, bleeding or blood clots, and more serious risks include damage to major blood vessels and organs.

There is a small risk of death for the donor – it is estimated that one in 3,000 will die, according to the NHS.

Mrs Cox said: ‘I’m happy I did it because I’ve always believed in kidney donation and I’ve had a donor card since the start of secondary school.

‘Also with my job, working in this environment has shown me that people could benefit from a kidney.

‘It can make a big difference in somebody’s life.’

WHAT IS INVOLVED IN A KIDNEY TRANSPLANT?

The kidneys have several important functions in the body including filtering waste out of the bloodstream and eliminating excess water or toxins in the urine.

People need a kidney transplant if they have severe kidney disease or if the organ is failing.

To determine if someone is a match to donate a kidney, they have to have matching blood types with the receiver.

If this isn’t possible, doctors can lower the antibody levels in both people to see if the organ can still be a match.

Tissue typing tests (HLA) are taken to also determine if the body will reject or accept the intended donor organ.

Parents and siblings are 50 per cent likely to match with someone who needs a donation.

The numbers drop for people outside of the family.

But the most common way that people receive a kidney donation is from someone who has died.

And many people struggle to find a match that is suitable for them.

People can spend years on the transplant list and on dialysis while waiting for a donor match.

Like most surgical procedures, a kidney transplant can cause short-term risks such as blood clots and infection.

Long-term risks can be weight gain, high blood pressure and an increased risk of cancer.