Home » Health News » Diabetic, 30, claims she was ‘just days from death’ at 5st by insulin

Diabetic, 30, claims she was ‘just days from death’ at 5st by insulin

Diabetic, 30, claims she was ‘just days from death’ after her weight dropped to just 5st after cutting back on insulin in a desperate attempt to lose weight

A diabetic woman claims she was just ‘days from death’ after her weight plummeted to five stone (31.7kg) after restricting her insulin to lose weight.

The sales assistant was hospitalised in 2013 after her insulin levels became so dangerously low that one side of her body had gone numb and she was struggling to breathe.

Ms Rudkin, of Aberdeen, Scotland, was allegedly told by doctors her body was close to shutting down, and kept her in hospital for six weeks.

After turning her life around, Ms Rudkin is now sharing her story to raise awareness.

It is estimated that 40 per cent of type 1 females aged 15—30 regularly omit insulin for weight control, according to the NHS. 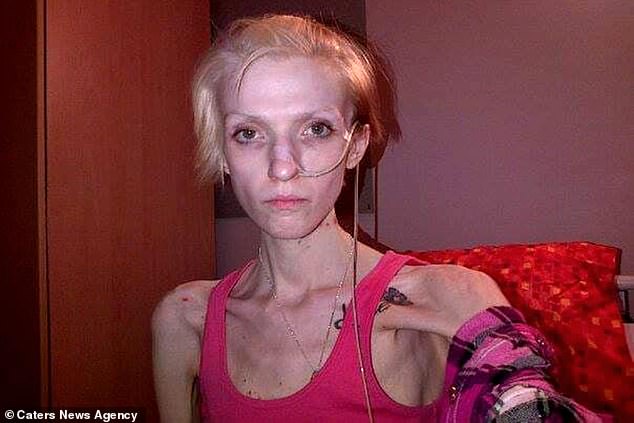 Becky Rudkin, 30, battled diabulimia – an eating disorder which affects people with type 1 diabetes – for five years, until she dropped to five stone (31.7kg) 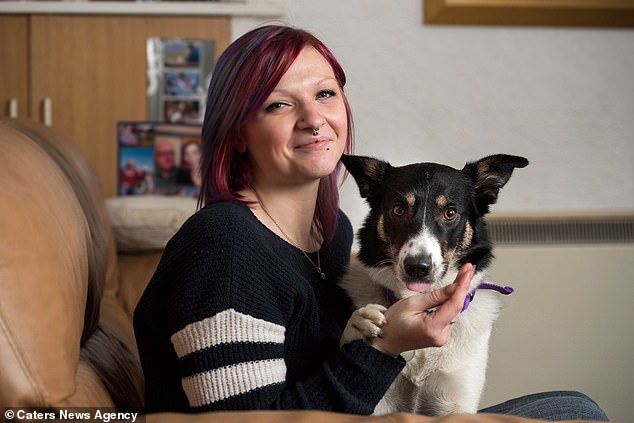 Ms Rudkin, of Aberdeen, Scotland, turned her life around after admitting herself to hospital when the left side of her body went numb and she was struggling to breathe

Ms Rudkin said: ‘Battling an eating disorder is dangerous enough as it is but having diabetes as well can cause so many more issues.

‘I was left days from death after limiting my insulin to a point where my body couldn’t operate.’

Ms Rudkin had already been struggling with anorexia before her type 1 diabetes diagnosis at age 19 in 2007.

She had already spent years hiding her anorexia, eating a minimal amount of food each day and drinking fizzy drinks and water to make herself feel full.

It wasn’t until her diagnosis of diabetes that her anorexia was first recognised by doctors.

‘I’d struggled with my diet for years before I was diagnosed,’ Ms Rudkin said.

‘But once I realised I could control my weight by restricted my insulin, it all started spiralling out of control.

‘Having diabetes meant that I could lose more weight quickly as my body needed the insulin to break down the food I was eating.

‘By not taking it I would be sick and my body was effectively starving itself.

‘Whilst I wasn’t overweight, it was in my head that I was.’ 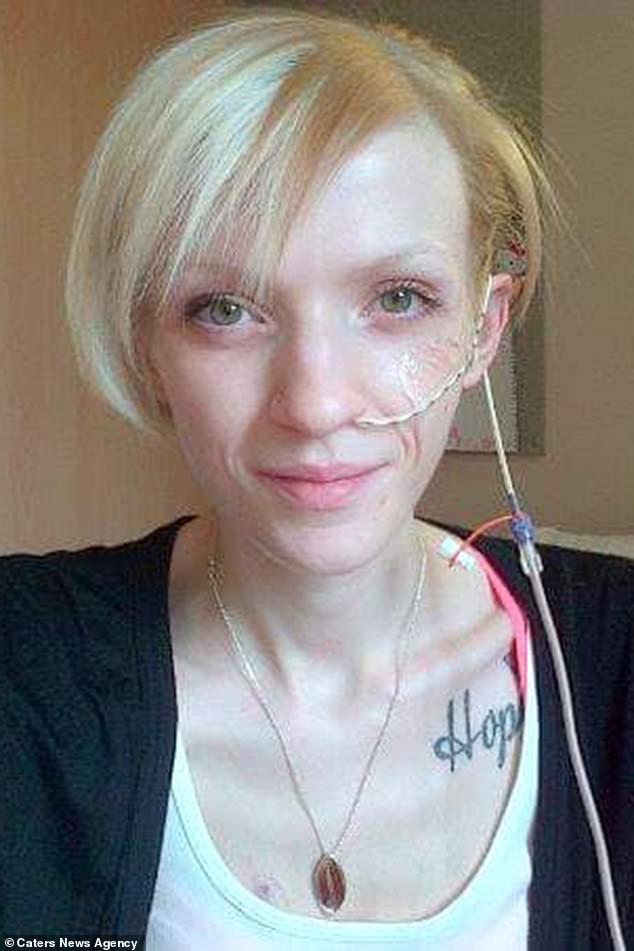 Ms Rudkin had already been struggling with anorexia before her type 1 diabetes diagnosis at age 19 in 2007, when she said things spiralled out of control 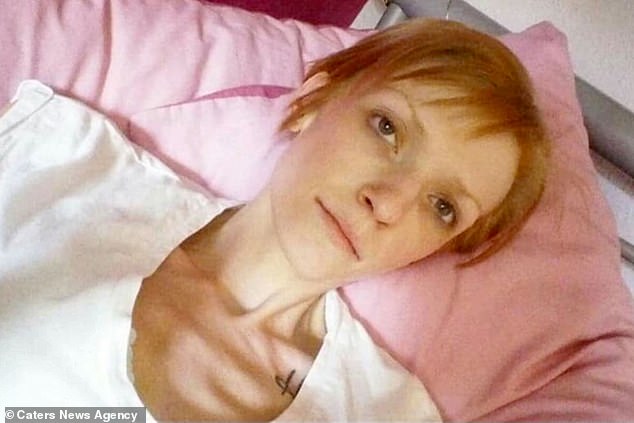 Ms Rudkin said: ‘Whilst I wasn’t overweight, it was in my head that I was’ 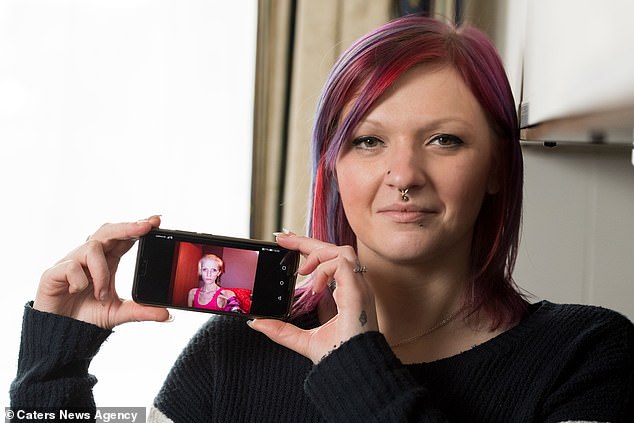 Ms Rudkin suffered from diabulimia – 40 per cent of type 1 females aged 15—30 use insulin for weight management, according to the NHS

Diabulimia is the common term for when someone with type 1 diabetes uses insulin omission as a process for weight control.

Omitting insulin puts people at risk of diabetic ketoacidosis, which is fatal if left untreated.

Some people develop symptoms of anorexia nervosa and this also has an impact on diabetic control.

The nutritional consequences of starvation on the brain and body are more marked when insulin/glucose control is suboptimal.

It is estimated that 40 percent of type 1 females aged 15—30 regularly omit insulin for weight control.

Insulin is a hormone that promotes fat storage, so avoiding taking it, or manipulating doses, can lead to weight loss.

Ms Rudkin said: ‘I’d struggle to breath, I’d hallucinate and even lost the feeling on one side of my body.

‘I became so frail that you could see every bone in my body.

‘After years of hospital stays and battling diabetic comas, I decided to get help and start looking after myself.

‘I realised this after I hit rock bottom almost six years ago when I hit my lowest weight in 2013.’

‘I felt awful but I wasn’t taken seriously by the doctors,’ she said.

Ms Rudkin had already spent years in and out of hospital, but claims a ‘shortage of beds’ was why she was turned away.

She said: ‘They wanted to send me home as they had done so many times before but this time I said “if I go home today I will be back tomorrow in a body bag”.

‘Eventually they were able to keep me in over night; I was initially in the cardiac unit before being taken to intensive care.’ 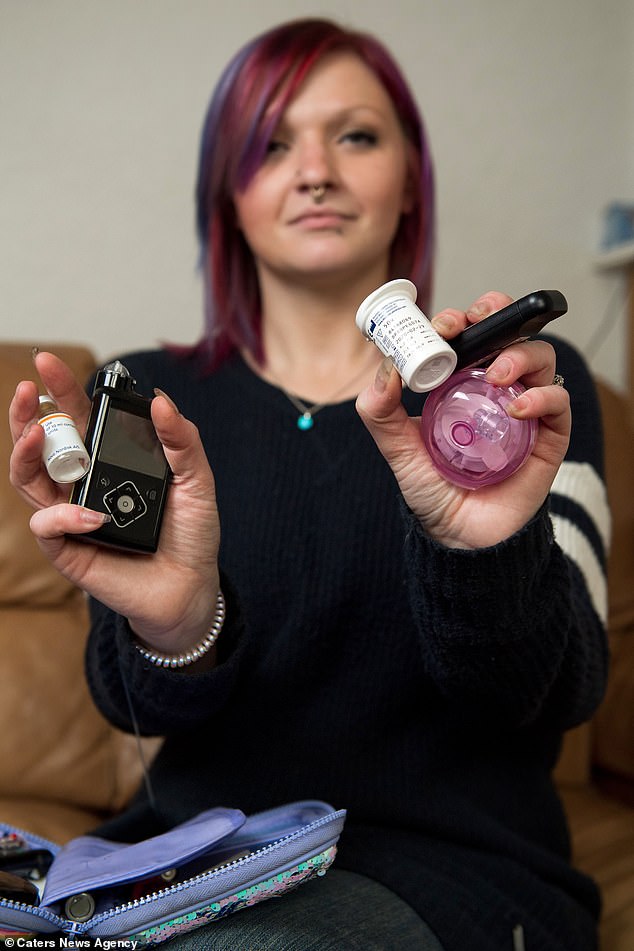 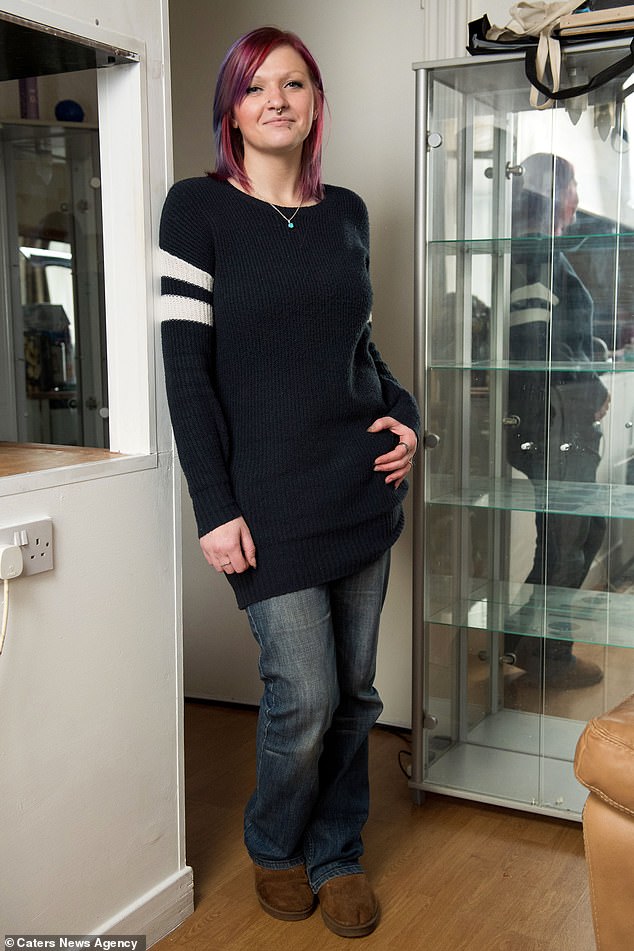 Ms Rudkin was in hospital for six weeks while doctors tried to increase her weight and stabilise her condition.

She added: ‘I’ve been in quite a few comas during my Diabulimia battle, some of which I don’t genuinely remember.

‘I was so frail but I’m so glad something finally clicked in my head.

‘I think it was because I was scared half of my body had gone numb and my breathing wasn’t right, I was like okay, I really need to get help.’

‘I’m so happy I was able to overcome it and live my life properly.’

After spending the past five years rebuilding her life, Ms Rudkin is a completely different person and has doubled her weight, putting her back to a healthy BMI.

She said: ‘I’m really excited for this next chapter of my life and to leave Diabulimia behind me.

‘I look like a completely different person now and looking back, I don’t even recognise who I was back then.

‘It hasn’t been easy, but I’m feeling optimistic for the future.’

‘I need to share my story to show others how dangerous it can be, I wouldn’t want anyone with diabetes to think that this is the best way to lose weight as it can be fatal.’