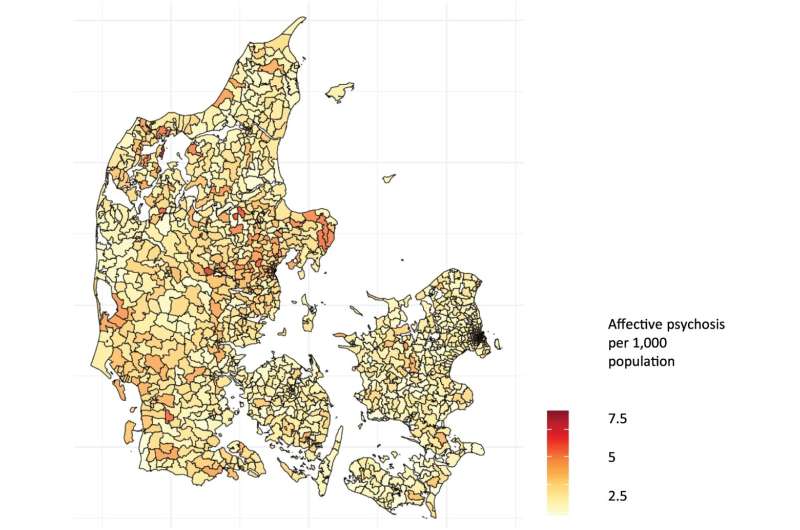 Previous research has discovered that rates of some severe mental illness conditions known as non-affective psychoses, such as schizophrenia, will vary depending on geographical location. This contrasts to affective psychoses like bipolar disorder, which have not shown this geographical variation, despite sharing many other features.

This research was built on previous findings from Dr. Peter Schofield looking at the role of the neighborhood in the development of severe mental illness.

The authors wanted to explore this topic further by analyzing medical data for the entire population of Denmark. Specifically, they looked at the neighborhood that people lived in when they were 15 years old and their subsequent medical history i.e. the probability that people developed either non-affective psychosis (schizophrenia) or affective psychosis (bipolar disorder).