A new study reveals that the blood of people who received two doses of the Pfizer-BioNTech vaccine contains high levels of antibodies that can neutralize one of the new, more contagious variants of SARS-CoV-2. 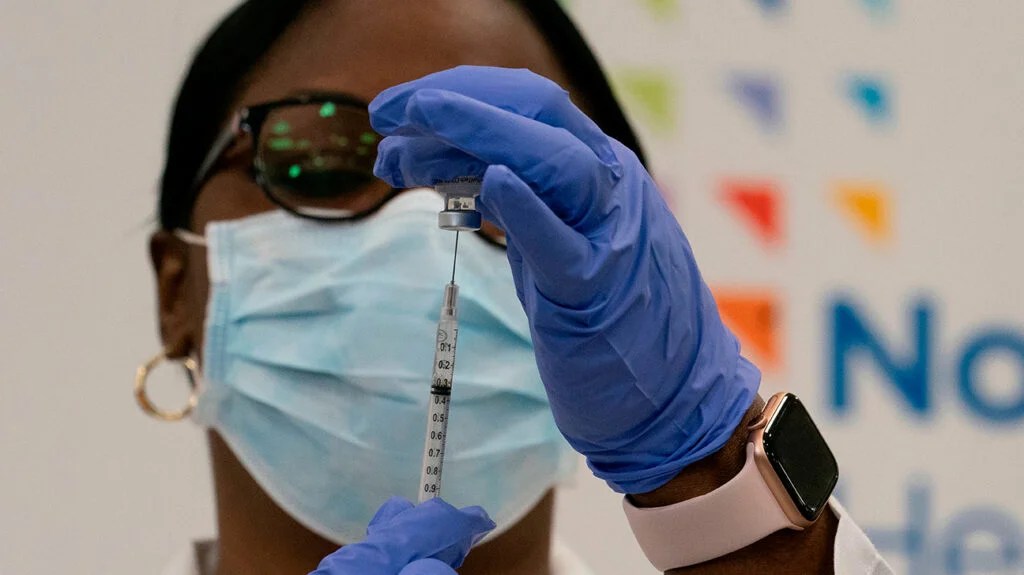 Scientists first detected a new, more contagious variant of SARS-CoV-2, which is the virus that causes COVID-19, in the United Kingdom in September 2020.

By early December 2020, U.K. scientists had become concerned that it could spread faster and more efficiently than other strains. They also worried about whether or not currently available COVID-19 vaccines would provide protection against this new variant.

Researchers in several other countries have since detected the U.K. variant.

Stay informed with live updates on the current COVID-19 outbreak and visit our coronavirus hub for more advice on prevention and treatment.

Now, however, a newly published in the journal Science provides reassurance that the Pfizer-BioNTech vaccine stimulates the immune system to produce sufficient quantities of antibodies that can neutralize the new variant.

Pfizer and BioNTech scientists, along with researchers from the University Medical Center of the Johannes Gutenberg-University Mainz in Germany, carried out this study.

The scientists report that the U.K. variant, which is formally known as B.1.1.7, contains an unusually large number of mutations. These result in 10 changes in the sequence of amino acids that comprise the virus’s spike proteins.

The spikes, which give all coronaviruses their characteristic crown-like appearance, are a critical target for the immune system because they allow SARS-CoV-2 to gain entry to human cells.

Of particular concern, one of the mutations is in the “receptor binding domain,” which is the part of the spike that binds to receptors in the membrane of host cells. Spikes with this particular mutation bind more tightly to these receptors.

To investigate whether or not these 10 mutations in the spike compromise the efficacy of their vaccine, the researchers ran tests on blood from 40 volunteers who had received the recommended two doses 21 days apart during clinical trials.

The researchers measured the ability of the participants’ blood to neutralize “pseudoviruses” bearing either spikes from the U.K. variant or spikes from an older strain that originated early in the pandemic in Wuhan, China.

Pseudoviruses are made from the outer shell of a dangerous virus, such as SARS-CoV-2, and the genetic material of another, harmless virus. The resulting viral particles can invade host cells but are incapable of replicating and spreading.

Antibodies that prevent viruses from entering cells are known as “neutralizing” antibodies because they can stop an infection in its tracks.

The study authors write that, based on their experience with influenza vaccines, the observed reduction in neutralizing antibodies is not “biologically significant.”

They conclude that the U.K. variant is, therefore, unlikely to escape the immune protection that the Pfizer-BioNTech vaccine affords.

One limitation of their study is that it used pseudoviruses rather than SARS-CoV-2 itself. However, previous research with SARS-CoV-2 does suggest that pseudoviruses provide a reliable proxy for immunity to the whole virus.

Nonetheless, the study authors explain that further experiments with the live virus will be necessary to confirm their results.

According to unpublished research, the Moderna vaccine also appears to protect against the U.K. strain.

Erring on the side of caution, however, Moderna are already testing a booster vaccine that targets the proteins of the B.1.351 variant, which scientists first identified in South Africa.

Both the Moderna and Pfizer vaccines are based on mRNA molecules, which provide human cells with the genetic blueprint to make spike proteins.

By themselves, these spikes are harmless, but they provoke an immune response that protects against future infection by the virus.

One major advantage of mRNA vaccines is that scientists can very quickly create new permutations that protect against emerging strains.

The authors of the Pfizer-BioNTech study conclude:

“Although sustained neutralization of the current B.1.1.7 variant is reassuring, preparation for potential COVID-19 vaccine strain change is prudent. Adaptation of the vaccine to a new virus strain would be facilitated by the flexibility of mRNA-based vaccine technology.”

On a further optimistic note, they write that their vaccine may also provide protection against COVID-19 through other branches of the immune system, such as by boosting levels of cytotoxic T cells.

So, even if the numbers of antibodies capable of neutralizing an emerging strain are substantially reduced, the vaccine may still be effective.

For live updates on the latest developments regarding the novel coronavirus and COVID-19, click here.