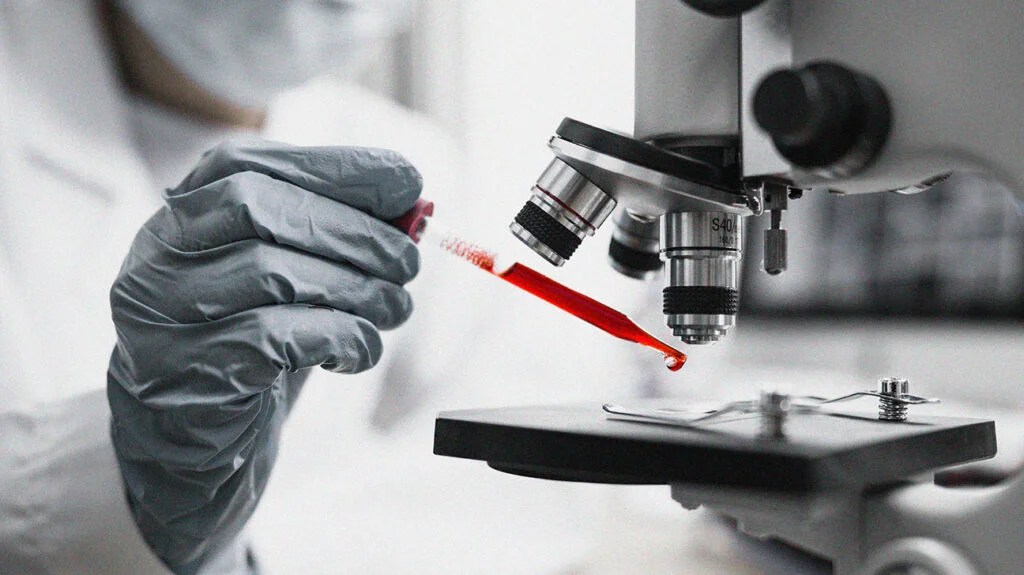 According to the Centers for Disease Control and Prevention (CDC), about 81% of people with COVID-19 develop only mild or moderate symptoms, such as fever and a cough.

However, about 14% of all patients go on to develop breathing difficulties and low blood oxygen levels.

Stay informed with live updates on the current COVID-19 outbreak and visit our coronavirus hub for more advice on prevention and treatment.

Previous research has implicated the following risk factors in the development of severe COVID-19:

However, it remains unclear why some people with severe illness recover while others become critically ill.

In a new study, researchers at Yale School of Medicine in New Haven, CT, showed that levels of five protein biomarkers in the blood of COVID-19 patients in the hospital strongly predict who will become critically ill.

All five proteins play a role in the activation of another type of immune cell, known as a neutrophil.

“If a diagnostic test [for these biomarkers] could be ordered early, it could give us a better sense of who is more likely to become critically ill and will benefit from a higher level of care and consideration for therapies that affect the immune system early on in their hospitalization,” says lead author Dr. Hyung Chun, M.D., associate professor of cardiovascular medicine and pathology and director of translational research at the Yale Pulmonary Vascular Disease Program.

“Many of these drugs do carry potential side effects, and these tests may help identify those patients who would benefit the most,” he adds.

The study paper appears in the journal Blood Advances.

Screening proteins in the blood

The researchers used “proteomic profiling” to screen proteins in blood samples from 85 participants, including 13 asymptomatic controls. At least 23 of these individuals gave a blood sample on their first day of hospitalization with COVID-19.

Some of the participants went on to require treatment in the intensive care unit, whereas others did not.

The researchers used a machine-learning algorithm to identify five proteins that were the best predictors of who would become critically ill.

These protein biomarkers were better predictors of critical illness than some cytokines linked to severe COVID-19, say the scientists.

They were also good predictors of mortality. None of the individuals with low levels of these biomarkers died.

All five proteins are associated with the activation of neutrophils, which start life in the bone marrow before entering the bloodstream.

To confirm the importance of these immune cells for predicting worse outcomes in COVID-19, the researchers also analyzed blood test results from more than 3,000 people who were admitted to the Yale New Haven Hospital system.

This analysis revealed that people who had elevated neutrophil counts shortly after their admission to the hospital were more likely to die from the disease.

“This signature of neutrophil activation was predictive of in-hospital mortality and, most compellingly, was elevated at the time of hospital admission in patients who only later progressed to critical illness, thus preceding and predicting the onset of critical illness.”

Neutrophils are the immune system’s “first responders” at the site of infection and injury, but they can also cause collateral damage through excessive inflammation.

Previous research has linked some of the protein biomarkers that the new study identified to obesity.

According to the CDC, having obesity triples a person’s risk of hospitalization with COVID-19, and body mass index (BMI) positively correlates with mortality from the disease.

The researchers note that while obesity involves chronic, low grade inflammation, COVID-19 causes hyperinflammation that can lead to tissue damage and organ failure.

There is also evidence, the researchers note, that neutrophils may play a role in the excessive thrombosis, or blood clotting, that doctors see in critically ill patients with the disease.

The authors write that one limitation of their study was that it did not demonstrate that neutrophils are the source of the five protein biomarkers.

However, they add that there are several other lines of evidence to support this hypothesis.

For example, four of the proteins are well-established products of neutrophils. In addition, the new study found that levels of each of the five proteins correlated closely with the concentration of neutrophils in the participants’ bloodstreams.

For live updates on the latest developments regarding the novel coronavirus and COVID-19, click here.