Common Fights Couples Have That Are Totally Normal

Couples fight. That’s just a fact. When there’s skin in the game, mutual love and affection and mutual interests (financial, personal, whatever), there will be disagreements. As much as we’d like relationships to be all sunshine, rainbows and roses, the ugly truth is that you and your partner will always have your share of fights (and, ideally, make-ups). And, let’s be real: Fighting with the one you love isn’t just upsetting, it can be downright traumatic. The good news is that the arguments you’re having with your partner are probably the same arguments everyone else is having. And they’re not only normal, they can even be healthy.

Can fighting really ever be healthy when it sucks this much? You’re probably scoffing. Yes, it can be, if it doesn’t get out of control and you’re not at each other’s throats all the time and when you’re fighting to resolve a conflict rather than to inflict something on your partner, hold them accountable for things beyond the immediate argument (i.e. fighting about “the dishes” when you’re mad about them forgetting about date night plans). A conflict resolution argument means that you’re communicating and airing your differences. And both of those things are vital for a successful relationship.

But before you go worrying that your fights are worse or abnormal or somehow more toxic than your friends, here’s a few of the more common fights couples have that (we promise!) are totally normal:

Every couple under the sun argues about money, so if that’s one of the touchy subjects in your relationship, you’re certainly not alone. But don’t let it ruin everything, say experts. “All couples have differences about money,” says Tina B. Tessina, Ph.D., a licensed psychotherapist and the author of Money, Sex and Kids: Stop Fighting About the Three Things That Can Ruin Your Marriage. “One likes to spend, one saves. Instead of fighting about money differences, which can seriously damage your marriage, just turn it into a business discussion. What do you want, what do I want? How can we both have at least some of what we want? Do the math, make the budget, resolve the differences.”

Two people in a relationship almost always have different expectations about sex, whether it’s how often to have it, when to have it or what specifically to do in bed. Part of the problem, says Tessina, is that movies, celebrity journalism and other media bombard us with “highly exaggerated depictions and expectations about beauty, romance and sex.” That leads to a distorted view of what marriage and married sex should look like.

“When people’s expectations for what marriage entails are overblown, they get disappointed and discouraged,” she says. “Successfully married couples have a more realistic idea that marriage won’t be ideal, and partnership and mutual love are things you need to work on, to build over a number of years. If you are loving and caring for each other, you have a better chance of success in your relationship.”

(And, in the end, make-up sex can be really rewarding when it works for everyone and you’re loving on each other after a fight.)

What couple doesn’t fight about chores, especially when they’re married or living together? The key is that you have to compromise without expecting your partner to change completely. “Housework needs to get done,” says Tessina. “It’s how it gets done that creates the problems. You might negotiate about some things, but you won’t be able to change your partner’s basic habits.” Different approaches to neatness, organization and dividing up the housework are a common source of arguments, so you’ll have to get creative about how to meet in the middle so that both of you feel comfortable and neither of you feels like you’re doing most of the work.

It’s extremely common to argue about children, whether it’s how to raise them, how to split up the work involved in caring for them or how much time they’re taking away from you as a couple. The sleep deprivation that comes with parenting a newborn puts both of you even more on edge. Expect that having a baby will rock the boat so that you’re not blindsided when it happens. “A baby changes everything about your life — sleep schedules, priorities, your social life, your financial status and the primary couple relationship,” Tessina says. “These changes happen overnight, because the day a baby is born, everything is different from the day before. There is no way to accurately predict how these changes will feel, and the learning curve for new parents is very steep.”

A good way to cope is to talk to and get help from other parents, both new and experienced, and know what’s in store going in. “Understand that your couple relationship will be put on hold for the first few months,” says Tessina. “Your relationship will not be a priority during this time, so the more realistic you are about this beforehand, the less resentful you’ll be when it happens.”

Once the baby is sleeping for longer stretches and you’re in a routine, you can start to carve out time for just the two of you again. “Try to organize your schedule so that you have some time together, without having to do chores or work, after the baby is asleep,” she suggests. “Talk frequently about how you’re both doing … and encourage your partner to talk about what’s bothering him or her. Once you know how to express problems to each other, you have an opportunity to fix them before they become worse.”

Couples often fight about how much time they’re spending together, with one typically feeling like it’s not enough. Sometimes they argue about how they’re spending time together. “Instead of fighting, sit down and talk about what each of you wants to spend time on, what you want to share and what you want to do separately,” advises Tessina. “A healthy relationship needs a balance between together and separate time. Are you spending the most time on what is most important?”6. Annoying habits

It’s a fact: When you live with someone, his annoying little quirks and habits can really start to get to you and seem unbearable. The solution? Talk about it so the little things don’t get out of hand and become big things that could seriously threaten your relationship or marriage. “All of us have little traits that annoy our partners,” Tessina says.”These personal ‘quirks’ can produce major struggles unless both partners discuss them and work together to minimize the annoyance factors. Quirks like differences in messiness or neatness, when endured for months and years, can feel like sufficient reason to get a divorce.”

She says the best approach is to tell your significant other what bothers you in a nice, not insulting or hurtful way, and then find a solution you’re both happy with. “Many of these things may seem so insignificant that you feel embarrassed to be so unhappy about them, but if you and your partner can’t negotiate and resolve your frustration, small irritations can create enough resentment over time to become serious problems.”

Everyone takes out their stress on their significant other or spouse — it’s just part of being in a long-term relationship. That, in turn, leads to arguments. But make an effort to minimize projecting your stress onto your partner or relationship, because doing it too often can be damaging and blow up into dramatic fights that aren’t healthy. “Bad stress is worry and frustration over things that can’t be helped. Learn to support each other in getting over the bad stress,” suggests Tessina.

Bottom line: If you keep your fights on the level of discussions about your disagreements rather than letting them escalate, they’ll be the healthy kind that lead to resolving problems. “[Full-blown] fighting doesn’t help anything,” says Tessina. “Instead, learn to talk about your differences.”

A version of this story was published June 2015.

Our mission at SheKnows is to empower and inspire women, and we only feature products we think you’ll love as much as we do. Please note that if you purchase something by clicking on a link within this story, we may receive a small commission of the sale and the retailer may receive certain auditable data for accounting purposes. 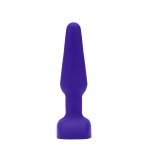 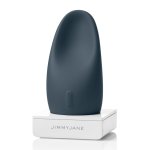 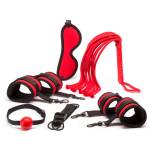 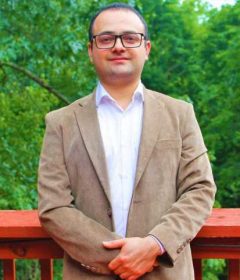