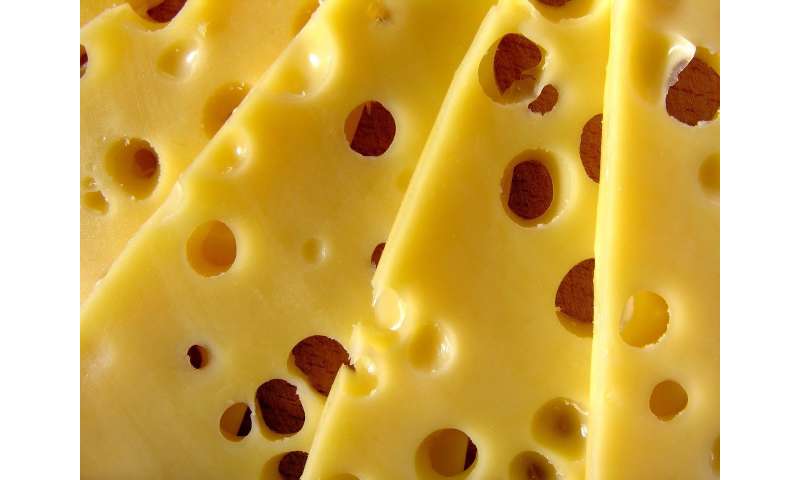 Cheese’s high fat content has made it a dietary culprit in the minds of many people, but a new University of Alberta study funded by Dairy Farmers of Canada (C.B.C.) shows it helps control blood sugar levels.

Pre-diabetic rats that ate both low-fat and regular cheese showed improved levels of blood sugar, which may be promising for people who enjoy nibbling their cheddar but are worried about the fat content.

“It suggests that eating cheese doesn’t make things worse and may in fact make things better in terms of cardiovascular disease or diabetes risk,” said U of A nutrition expert Catherine Chan, who wanted to find out specifically how cheese affected insulin sensitivity.

It’s unclear how exactly cheese helped stabilize insulin levels in the rats, but Chan noted the cheese normalized the phospholipids, which are derived from dietary fats and are critical to many functions in the body.

“The cheese didn’t totally normalize the effects of insulin, but it significantly improved them. And it didn’t matter whether it was low-fat or regular cheese,” she said.

That’s good news for those who love the fuller flavour of regular cheese. While people are often advised to eat a low-fat version, it has different sensory properties that some find unappealing, Chan said.

“The response is, ‘I don’t like it,’ so people either eat no cheese or eat regular-fat cheese and feel guilty about it. Cheese has lots of nutrients, and if you cut it out of your diet, what are you going to replace it with?”

The findings by Chan and her research colleagues support existing studies that show cheese doesn’t increase the risk of cardiovascular disease and diabetes, “but our food guidelines, such as Canada’s Food Guide, are saying to reduce saturated fat, include eating low-fat cheese.

“The question is, what is the basis for that recommendation? When we started looking, we found there’s not a lot of information out there about low-fat versus regular cheese,” said Chan.

She cautioned people with health issues to ask their doctor or a dietitian first about cheese in their individual diets, but said for most people, it’s part of a healthy diet.

“The key to good health is to have a diversity of good food, and cheese has a place in the diet of most people. Like grandma says, everything in moderation. If I love cheese, I would not cut it out of my diet,” said Chan.

The findings also provide a basis to continue researching the issue, she noted.