Celebrity fat-shaming may make women more judgemental about people who are overweight.

In a study of more than 90,000 people, they found women’s knee-jerk anti-fat attitudes increased after a high-profile fat-shaming event. 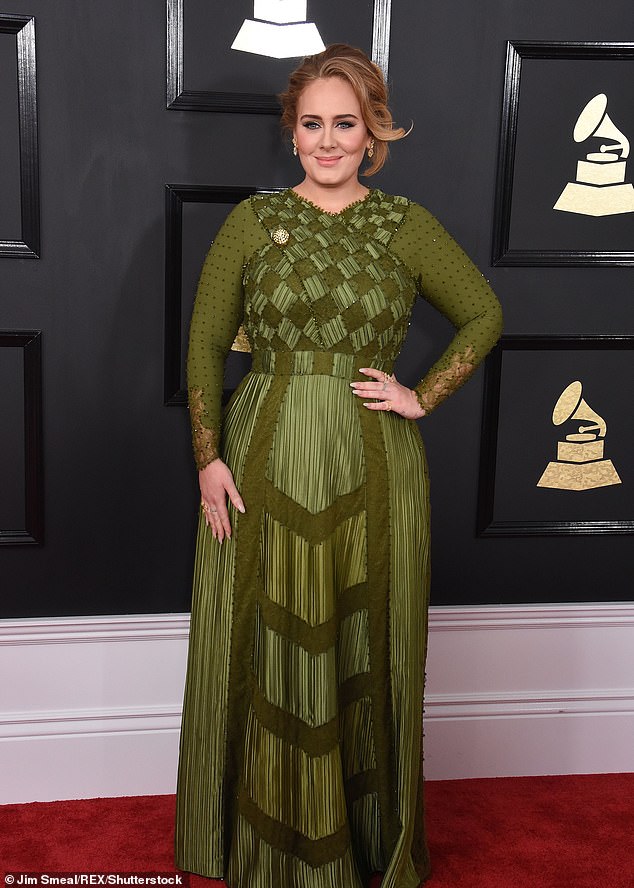 A fashion critic said of Mad Men star Christina Hendricks that ‘You don’t put a big girl in a big dress’.

In the fortnight after these comments, and others like them, women had more negative attitudes towards fat people, scientists found.

This was judged in an online experiment which asked them to categorise silhouettes of body sizes and negative or positive words.

Amanda Ravary, lead author of the study from McGill University in Canada, said: ‘It is hard to escape these kinds of fat-shaming messages, and our research suggests these messages that “fat is bad” do not just affect the celebrity target, but can also influence other women who hear about the comments.

‘But still we hear these things and often do not bat an eyelash.

‘Prejudice towards people because of their weight is one of the last remaining forms of socially acceptable discrimination.’

The Canadian researchers searched for articles on fat-shaming from magazines, newspapers and internet blogs between 2004 and 2015. 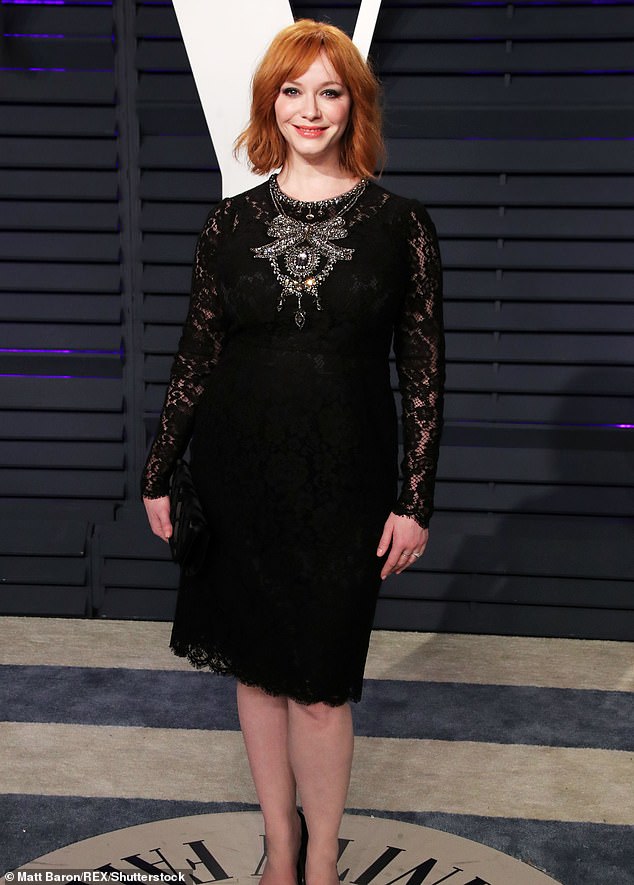 A fashion critic said of Christina Hendricks, an actress best known for playing Joan Holloway in Mad Men, ‘You don’t put a big girl in a big dress’ 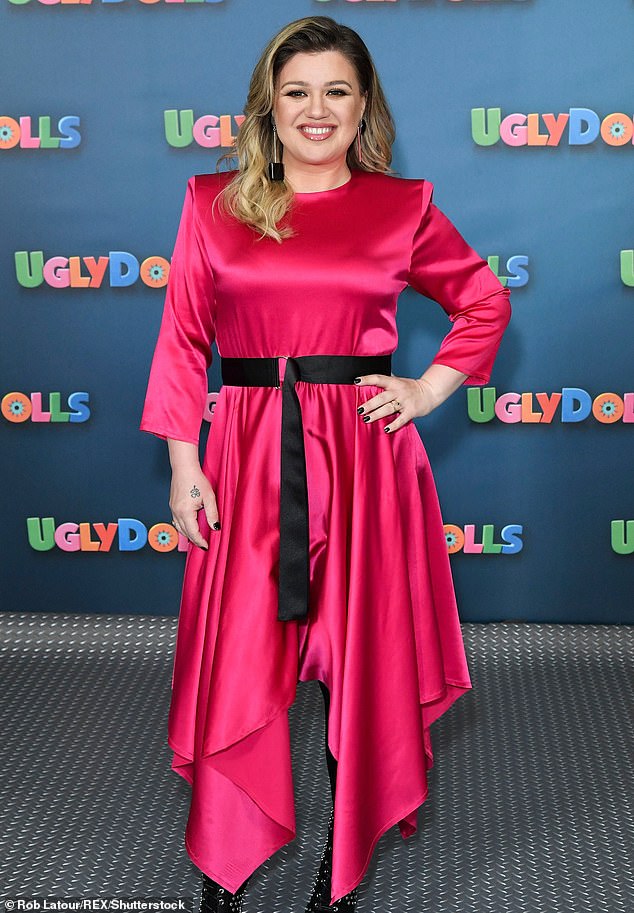 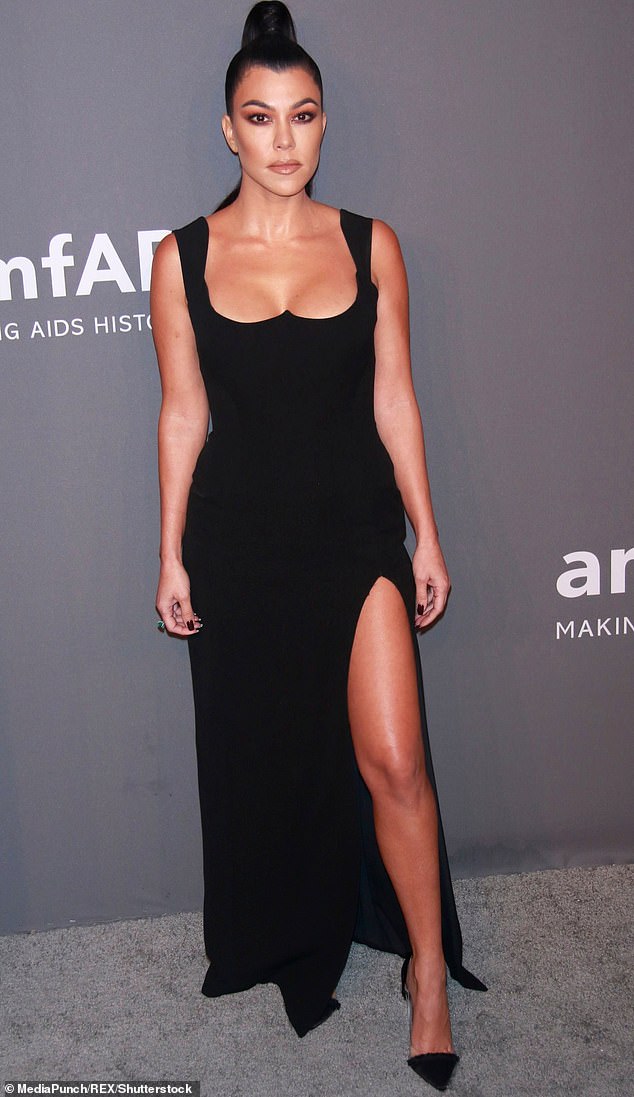 These included coverage of singer Kelly Clarkson being told by a television anchor to ‘stay off the deep dish pizza’.

HOW YOUR FRIENDS COULD BE MAKING YOU FAT

People’s social circles could be a trigger for them being overweight, a study has suggested.

Experts warned in a study last month that obesity can spread through communities like a ‘social contagion’.

Researchers studied hundreds of military families – who can’t choose where they live – across the US.

Their results revealed if you move to an area with a high rate of obesity, it increases your risk of becoming obese, too.

For every percentage point increase in the local obesity rate, the chances a person would be overweight or obese increased by up to six per cent.

The University of Southern California researchers said people adopt behaviours of others subconsciously.

A total of 1,314 parents and 1,111 children participated, and their rates of obesity were reflective of the national average.

Dr Ashlesha Datar said: ‘Social contagion in obesity means that if more people around you are obese, then that may increase your own chances of becoming obese.

‘Subconsciously, you are affected by what people around you are doing.

‘If you move to a community where a sedentary lifestyle is the norm, you join that. There is this social influence.’

And reality television star Kourtney Kardashian was told by her husband she needed to lose her baby weight faster.

They then compared women’s scores in a test of prejudice towards fat people, both in the two weeks before these episodes and the fortnight afterwards.

This test for automatic prejudice was based on women categorising silhouettes of bodies as fat or thin, and words like ‘awful’ or ‘glorious’ as positive or negative.

Sometimes they had to use just one letter on their keyboard to identify either a fat person or a good word, which made the task harder for women who unconsciously believed fat people were linked to bad words.

If they responded more slowly, this suggested greater prejudice.

In the two weeks after each of the 20 fat-shaming cases in the study, women showed more bias towards fat people in this test.

When asked explicitly how much they preferred thin people to fat people, or how warmly they felt to both, women showed no difference after fat-shaming events.

It was only their unconscious prejudice towards fat people which dramatically rose.

Professor Jennifer Bartz, a senior author of the study from McGill University, said: ‘These cultural messages appeared to augment women’s gut-level feeling that “thin” is good and “fat” is bad”.

‘These media messages can leave a private trace in peoples’ minds.’

The study, published in the journal Personality and Social Psychology Bulletin, found women were particularly prejudiced after a high-profile fat-shaming incident.

These were judged based on how many times they appeared in the 20 articles researchers analysed.

Although the effects wore off five or six weeks after a fat-shaming event, the results show women have got more judgemental in the last 15 years.