Campaigners have slammed Channel 4 over plans to turn the tragic deaths of patients at an NHS hospital into a TV drama.

Channel 4 has commissioned a factual drama about the fatal failures of Stafford Hospital, told from the narrative of an affected family member.

Up to 1,200 people died during the Mid Staffs hospital scandal  – described as one of the worst hospital-care scandals of recent times – as a result of ‘appalling’ care between 2005 and 2009.

The news has left others affected by the scandal ‘staggered’, and they have called on Channel 4 to ditch plans to ‘turn deaths into entertainment’. 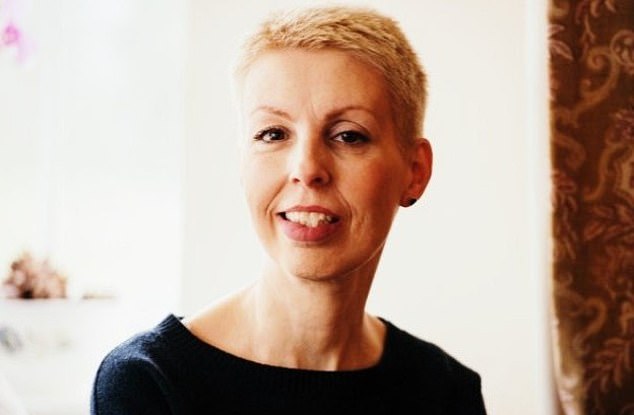 Campaigner Debra Hazeldine, whose cancer-stricken mother Ellen died in pain, was recently awarded an MBE for her work championing patients’ rights. She is leading the calls for Channel 4 to ditch the drama 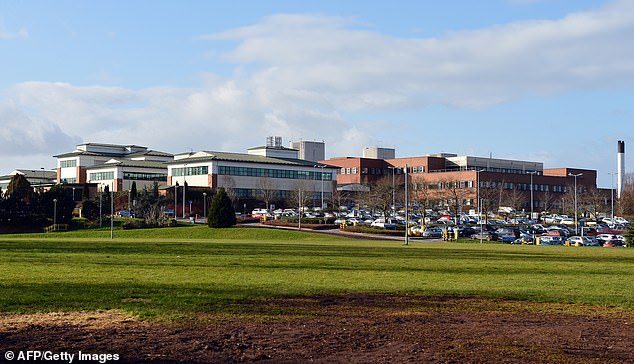 Up to 1,200 patients died as a result of poor care between January 2005 and March 2009 at Stafford Hospital (pictured), which is run by the Mid Staffordshire NHS hospital trust 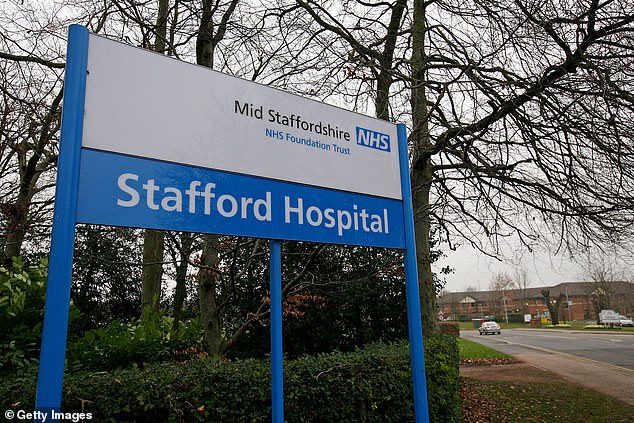 It is often described as the worst hospital-care scandal of recent times. Inadequate care was blamed on cost cutting and poor decision making

In a scathing letter to the station, signed by nine campaigners who lost loved ones, they have urged the axe of the programme out of ‘respect’ to those involved.

The programme, which has the working title of ‘The Cure’ will be told from the perspective of one campaigner Julie Bailey whose 86-year-old mother, Bella, died as a result of poor care.

It will also look at how the scandal divided the local community and the major inquiries which shook the NHS and the country.

It has not yet been revealed who will play the role of Julie Bailey, who set up Cure the NHS in 2008.

After news of the drama was released, Julie said: ‘What my family went through at Mid-Staffs and our subsequent struggle to be heard must never be forgotten.

‘This docu/drama will help to ensure the mistakes contributing to the death of my mother, and hundreds more, are never repeated.’

Channel 4 said the programme would tell an ‘important’ story, told from the perspective of Julie Bailey, whose 86-year-old mother died during the scandal 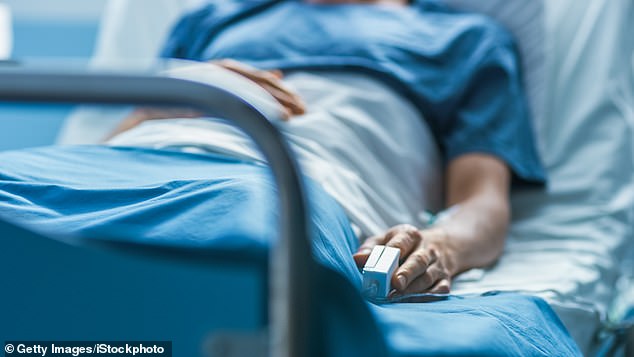 WHAT WAS THE MID STAFFS HOSPITAL SCANDAL?

Up to 1,200 patients died as a result of poor care between January 2005 and March 2009 at Stafford hospital, which is run by the Mid Staffordshire NHS hospital trust.

It is often described as the worst hospital-care scandal of recent times.

The hospital’s board is thought to have cut staff to save £10 million between 2006 and 2007 in order to gain foundation trust status.

How were patients treated?

A public inquiry into the scandal revealed patients went without pain relief, were left unwashed for a month, had food placed out of their reach and were left sitting in soiled sheets for hours.

Families were forced to clean some patients’ dressings and wounds to reduce their risk of infection.

Many patients were sent home too soon or misdiagnosed.

A report stated ‘a chronic shortage of staff, particularly nursing staff’ was to blame.

Morale was also low, with many staff reportedly showing a disregard for patient welfare.

How did it come to light?

The scandal came to light when the Healthcare Commission became aware of the hospital’s unusually high death rates in mid 2007.

At the time, the hospital blamed the deaths on ‘coding errors’.

A full public inquiry was commissioned in June 2010, after the previous Labour Government refused persistent requests from the relatives of victims to hold such an analysis.

But fellow campaigners who helped her form the pressure group say they are ‘staggered’ no one has consulted them – and they object to the project going ahead.

Campaigner Debra Hazeldine, whose cancer-stricken mother Ellen died in pain, was recently awarded an MBE for her work championing patients’ rights. She is leading the calls for Channel 4 to ditch the drama.

In an open letter to Channel 4 the objectors state: ‘We are staggered and very upset that the emotional and traumatic impact on the bereaved families and survivors have not even been considered.

‘As families of the deceased, we found the experience of being informed about The Cure via local media very distressing.

‘Prior to that, we had no knowledge of the intention to commission the programme. Our consent has neither been sought nor given, which is disrespectful in the extreme.’

The nine members of the campaign group go on to ‘request Channel 4 prevent this programme from going into production, out of respect to for the families involved in the scandal’ and ‘our loved ones who died in traumatic circumstances’.

‘We are very uncomfortable with the idea of their deaths being made into some form of entertainment,’ it adds.

They also claim they are scared ‘hatred and hostility’ whipped up by their initial campaign could resurface saying they still suffer from ill-feelings in the local community.

‘We are concerned this will now increase in Stafford and the surrounding area, into the places we work and the streets where we live,’ it states.

The letter ends: ‘Our worries regarding the total lack of respect for the families, survivors and deceased, we feel has already been borne out by how news of the commissioning of this drama was announced.’

Karen Howell, who is part of another campaign, said: ‘We set up Support Stafford Hospital on the basis of lessons learnt so we could move forward.

‘I am very concerned about this drama and very disappointed in Channel 4. I don’t think it will be a fair perspective of the hospital from just one person.

‘Yes, the hospital needed improvements and my mother died there as a result of poor care, but if it was that bad then why did nearly 50,000 people come out and march to support it.

‘There were damn good services at the hospital and still are. With this still going on and on it is causing huge problems for the continuation of our hospital so for goodness sake draw a line and move on.’

The Cure writer Amanda Duke said: ‘I’m always interested in projects featuring extraordinary and inspiring real-life women so it’s been a real privilege to research and write this challenging and timely film for Channel 4.

‘Julie’s story is incredibly moving and whatever I thought I knew about Mid-Staffs paled into insignificance the minute I met her and she started talking about what she and her family endured on ward 11.’

Channel 4 commissioning editor Alisa Pomeroy said: ‘This is a story of huge personal sacrifice with a profound national impact.

‘The Mid-Staffs scandal shook the country and raised urgent questions about the state of the NHS. These questions still resonate today, making this a timely and important story to tell.’

Other campaigners are still supportive of the hospital and do not want to see the past raked up again.

The report of the Francis Inquiry into the incident said the ‘appalling care’ was due to ‘a chronic shortage of staff, particularly nursing staff’.

Mid-Staffordshire Foundation Trust – which ran the hospital – was later dissolved and it now operates under the new name of County Hospital after being taken over by the trust running Royal Stoke University Hospital.