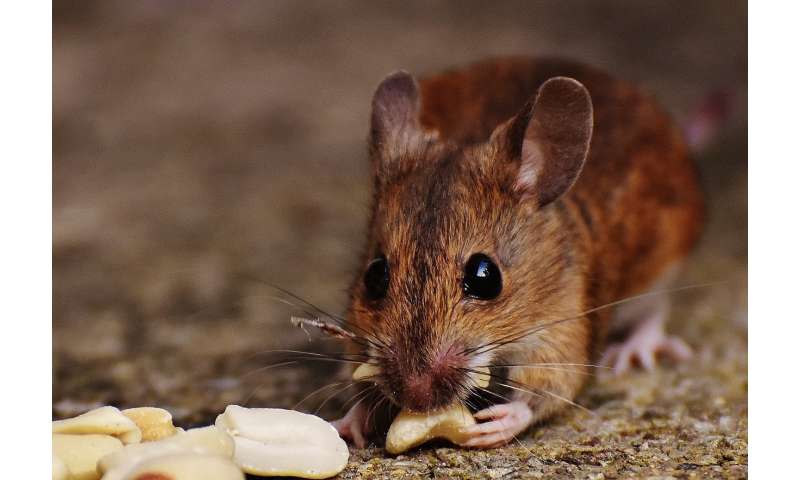 Experimenting with mice, Johns Hopkins Medicine researchers report that a low-calorie diet prevented asthma symptoms regardless of the diet’s fat and sugar content. The researchers also say they found that obesity resulting from a high-calorie diet led to asthma symptoms in the animals by causing lung inflammation, and a drug that blocks inflammation eased those symptoms.

In a report on the experiments, published in Scientific Reports on Jan. 22, the researchers say their results add to evidence supporting the links between obesity, inflammation and asthma, and the value of anti-inflammatory drugs in treating characteristic symptoms of asthma tied to obesity in people. Scientists and clinicians have known for decades that obese people are far more likely than people with normal weight to develop certain kinds of asthma or to have asthma symptoms increase. According to the U.S. Centers for Disease Control and Prevention, 38.8 percent of adults with asthma are obese, much higher than the obesity rate in adults without asthma, which stands at 26.8 percent. But, the biological mechanisms underlying obesity-related asthma symptoms and risk have remained somewhat unclear.

“Previous studies suggested that the high fat or high sugar content in diets that led to obesity promoted inflammation and caused asthma,” says Vsevolod Polotsky, M.D., Ph.D., professor of pulmonary and critical care medicine at the Johns Hopkins University School of Medicine, and senior author of the study. “However, our study shows that obesity leads to inflammation-associated asthma symptoms regardless of the makeup of the diet, and that restricting calories by any means may prevent or treat asthma by reducing inflammation.”

Asthma is a common chronic lung disease in which inflammation causes narrowing of airways, leading to wheezing, coughing, shortness of breath and chest tightness.

Polotsky said his team pursued their animal study in a bid to clarify the links among obesity, asthma, diet and inflammation, and develop new treatment options, particularly because traditional therapies such as steroid inhalers don’t work as well for asthmatics who are obese.

After eight weeks, mice on any high-calorie diet, whose eating wasn’t restricted, gained at least 7 grams more than mice on the low-calorie diet or mice on food-restricted, calorie-dense diets.

The researchers went on to evaluate the animals’ lung function to see if the mice developed asthma symptoms by measuring the narrowing of lung airways when the mice inhaled different doses of methacholine, a drug that causes airways to constrict. When given a 30 milligrams per milliliter dose of methacholine, mice on all kinds of high-calorie diets whose eating wasn’t restricted had their airways constricted at least 6.3 times more than baseline, while mice on low-calorie diets or food-restricted mice on high-calorie diets had their airways constricted at most 4.7 times more than baseline. The results of these tests—similar to those used to screen for or diagnose asthma in people—indicated that mice on high-calorie diets developed asthma symptoms, as well as obesity.

In previous studies, Polotsky and his team showed that mice fed high-fat diets for two weeks had increased levels of IL-1 β (interleukin-1 beta), a protein whose presence indicates inflammation in the body.

In the new experiments, researchers sought to further pin down the links between obesity, inflammatory response and asthma by first feeding mice high-fat diets for eight weeks. Then they injected one group of mice with a drug called anakinra every day during the last two weeks to block the activity of IL-β protein—and thus inflammation—by preventing it from reaching its targeting sites. Because of its anti-inflammatory properties, anakinra is used to treat rheumatoid arthritis.