Home » Health News » Babies exposed to cannabis in the womb may be at risk for obesity, high blood sugar

Babies exposed to cannabis in the womb may be at risk for obesity, high blood sugar 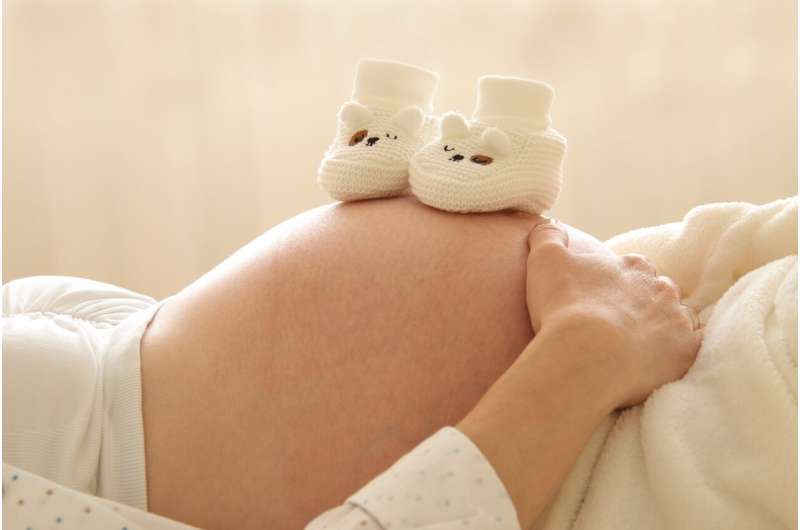 Cannabis use among pregnant women is on the rise and may be associated with negative health outcomes in children, according to a new study published in the Endocrine Society’s The Journal of Clinical Endocrinology and Metabolism.

A 2016 study in Colorado revealed that up to 22% of pregnant women had detectable levels of cannabinoids in their body. Women who use cannabis, both tetrahydrocannabinol (THC) and cannabidiol (CBD), during pregnancy could be putting their child at risk for low birth weight and behavioral problems. Exposure to cannabinoids may also increase the child’s future risk of obesity and high blood sugar.

Part of CBD’s popularity is that it is marketing as being “nonpsychoactive,” and that consumers can reap health benefits from the plant without the high. CBD is advertised as providing relief for anxiety, depression and post-traumatic stress disorder. It is also marketed to promote sleep.

“We found that cannabis use during pregnancy was linked to increased fat mass percentage and fasting glucose levels in 5-year-old children,” said Brianna Moore, Ph.D., of the Colorado School of Public Health in Aurora, Colo. “We would encourage women to refrain from using any cannabis while pregnant or breastfeeding to minimize adverse health effects in the offspring.”

The researchers studied urine samples from 103 pregnant women, 15% of whom had detectable levels of cannabinoids (such as THC and CBD) in their urine. These mothers’ 5-year-old children had higher fat mass and fasting glucose levels compared to children who were not exposed to cannabis during pregnancy.