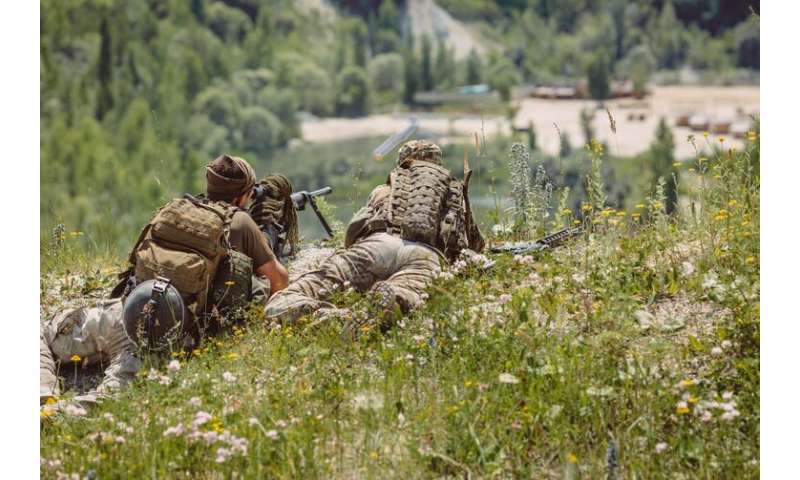 Alcohol has historically been used in the UK armed forces to encourage bonding and to deal with difficult experiences. And while alcohol use is now on the decline, harmful drinking in the forces is still double that of the general population.

To put this in to perspective, about 11% of men and 5% of women in the UK armed forces meet the criteria for alcohol misuse. This means they are drinking at a level that is likely to be harmful to their health.

Compare this with about 4% of men and 2% of women in the general population. Yet many of those drinking at a harmful level in the armed forces do not recognise they have a problem.

People serving in the forces drink alcohol for a range of reasons – for pleasure, due to social pressures and to cope with either day-to-day stresses or with mental health symptoms. Mental health problems are more common in the armed forces so it’s maybe not surprising that alcohol is often used to cope.

The consequences of excessive alcohol consumption are wide reaching and can directly impact families of service men or women. And research has also shown that when people leave the armed forces – and the drinking culture – their alcohol consumption does not decrease.

Alcohol misuse is more common in the armed forces than post-traumatic stress disorder, yet it receives much less attention. Within this community, only around a third of those who self report an alcohol problem say they’ve sought help. This means that the large majority of those who need to reduce their drinking are not doing so.

It’s understandable that the stigma of being labelled “an alcoholic” may put people off going to get help. But there’s also the issue that many of those who would benefit from decreasing their alcohol use don’t actually meet the criteria for an alcohol use disorder. This is despite the fact that they may be drinking above the recommended guidelines. This is important given recent findings show that even moderate levels of drinking have negative health consequences.

Our preliminary research has found that many people who are worried about their drinking, or who want to keep a track on how much they are consuming, turn to alcohol apps to help monitor and keep and top of the problem. Popular apps include Drink Less, Drink Aware and Drink Free Days which encourage users to regularly record and monitor (via visual graphics) their alcohol consumption.

And there is clearly a value to this technology, given research suggests these types of apps can be at least as effective as face-to-face brief interventions for alcohol. 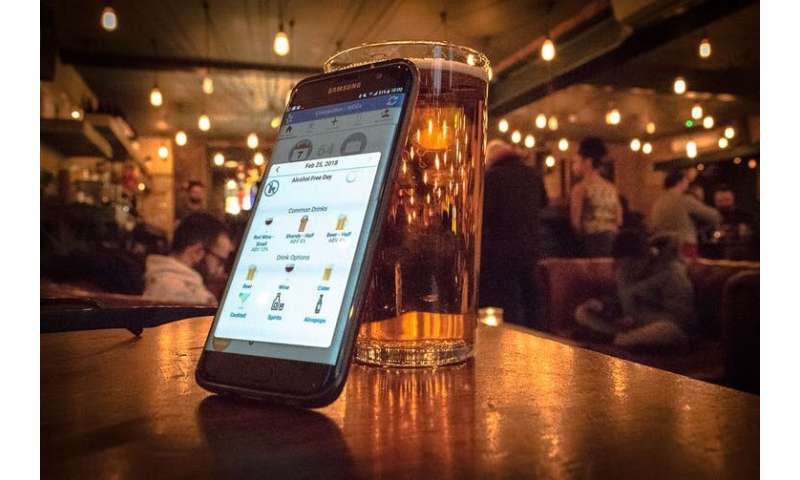 Our project, a collaboration between King’s Centre for Military Health Research and University of Liverpool, funded by the Medical Research Council, aimed to find out if an app could also support people in the armed forces to reduce their drinking.

We developed an app, to help people monitor and manage their alcohol consumption. The app allows users to set goals, and compare their drinking to civilians and others in the armed forces community.

The algorithms can also autonomously detect changes in behaviour and provide real time support to the patient – while in parallel could be used to alert healthcare professionals to enable intervention.

To test the app, we ran a four-week study with 31 people in the armed forces who drank at hazardous levels. Our initial findings suggest the app could be useful to help people tackle problems of alcohol misuse.

In our study, we found that participants opened the app on average 29 times during the four week period. All participants used the drink diary function of the app to monitor their alcohol use across the study period. At the start of the study participants consumed a median of 5.6 units per drinking day, which decreased to 4.7 units by the last week.

Though our study did highlight that despite using the app, many of the participants drinking heavily still didn’t feel they had a problem. This may explain why some features of the app such as “goal setting” were not used as much as the drinks diary.

Research has shown that people who are drinking too much ultimately need support to understand more about their own drinking behaviours and how they can cut down – and we hope that our app can help to provide this.

We now hope to further refine the app taking on board feedback received during our feasibility study, culminating in a public release later this year.