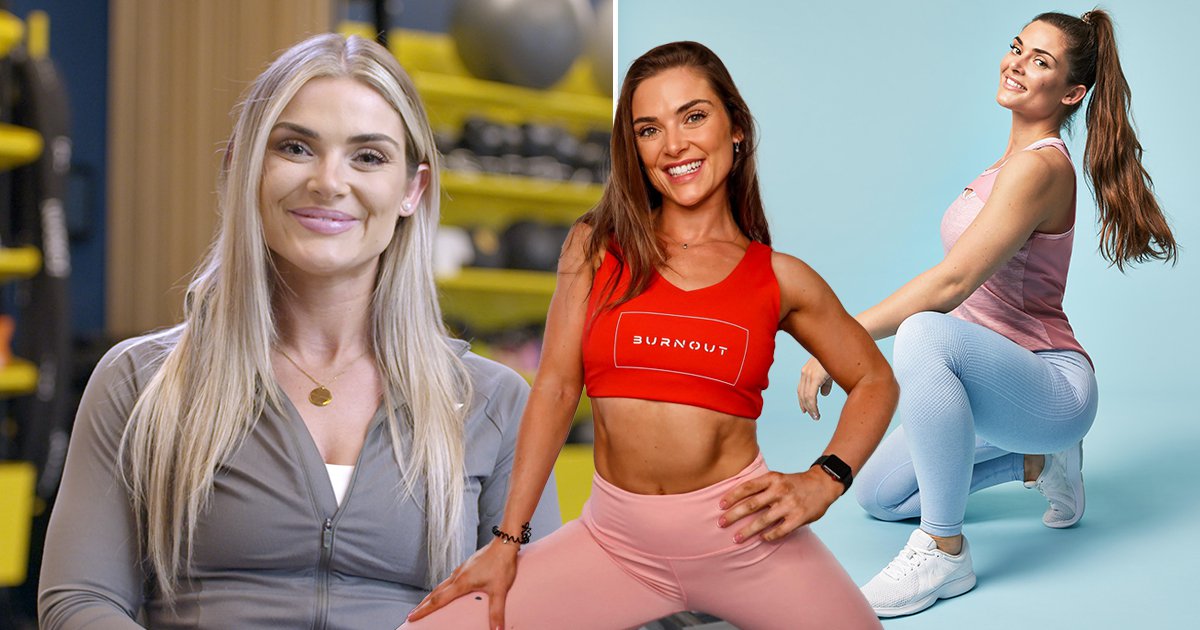 If Frankie Clark had a bad day or was feeling low, she would spend money.

Sometimes it could be by treating her friends to a nice dinner, other times she’d head online to grab the latest bit of tech.

To Frankie, splashing her cash was simply an impulsion to lift her mood or boost her self esteem – albeit temporarily.

It was also a habit that left her thousands of pounds in debt.

However, five months ago Frankie was diagnosed with the neurological condition ADHD and it changed everything.

‘I’ve quickly learned about how it contributes to disorganisation, not knowing what my monthly income is, not being able to predict income… it can all lead to making decisions on spending that may put me in a tricky position and affect my cash flow.’

Living in Morpeth, Northumberland and working as a PT, Frankie reveals how her condition got into the habit of buying things on credit, such as a new phone, clothes, makeup – even coffee – all in a bid to make herself feel better.

Looking back, she now knows having the neurological disorder contributed to her bad money habits – which landed her more than £2000 in debt – and wants to warn others of how this condition can affect everyday decisions.

‘ADHD basically affects the release of dopamine in the brain, so people with it try to find this dopamine in other ways,’ Frankie explains.

‘The best way to explain it is that addictive feeling when you’re on TikTok, that’s what it feels like for someone with ADHD to get dopamine.

‘Dopamine is released when you complete something, but for people with my condition, who struggle with their attention span and disorganisation, it’s very rare that we get this release of dopamine.

‘The only other way for us to get it is through thrill-like behaviours, so spending, TikTok, and more.’

ADHD is typically diagnosed later on in life in women, as it can present differently to how it shows up in boys, and therefore the signs are ignored or put down as ‘bad behaviour’.

Frankie is evidence of this, having only found out in her late 20s.

She says: ‘I have struggled my entire life with so many of the ADHD symptoms, but it wasn’t until my friends suggested it to me in November 2020 I connected the dots.

‘I was referred on the NHS, was told it would be 12 weeks, and during the pandemic this wait time increased every month by three months.

‘So in March 2022, after a successful month of work, I invested all of my profits to see a private psychiatrist which I knew would help me and my business long-term.

‘It was a couple days after my appointment I was diagnosed with severe combined attention deficit hyperactivity disorder.’

Previous to Frankie’s diagnosis, she spent money ‘quite impulsively for that dopamine release’.

‘Now, I have an awareness of these behaviours, so I can put more thought into it, and protect myself,’ she adds.

‘I was in around £2,000 worth of debt, which I was paying off each month,’ Frankie remembers.

‘I also had a student loan, student overdraft, student credit card, and still had my car to pay off.’

The cost of living crisis hasn’t made her dealings with money any easier.

‘It’s been incredibly challenging saving for a home,’ admits Frankie. ‘I don’t live with family or friends, have high rent, bills are going up, and I don’t have a partner to split this with.

‘At one point I wasn’t even breaking even with work after all of the living cost increases.

‘Add my compulsive spending on top of that, I was left with less than nothing each month, having to use Klarna or PayPal credit to purchase things that I need for work – which of course then you pay interest on.’

Impulsive spending still does sometimes get the best of her, Frankie admits, but says she is much better at managing it now.

Talking about how she got to grips with her debt, she explains: ‘First, someone taught me to do a balance transfer on my credit card.

‘This transferred the balance from my credit card to a new credit card provider, so they paid the original one off for me, and then I was given 12 months 0% APR to pay them back, which meant I was paying no interest on the new credit.

‘Then I set up automated payments from my clients so I was never waiting on money and knew exactly what day to expect money to come in.’

Now, once any funds come in, the first thing Frankie does is pay off her credit card to avoid the trappings of interest.

With what’s left, she puts money into an ISA and uses Nude, a savings app, to get organised and work towards her goal of raising enough for a house deposit.

Longer-term, however, Frankie knows she needs to do deeper work to overcome this spending habit.

‘I regularly see a psychotherapist and am trying medication to help me understand my behaviours and make better choices,’ she explains.

‘We also talk through emotions as I may be trying to subconsciously deal with them through my actions, such as spending to make myself feel better.’

Since then, Frankie says her life has ‘dramatically’ changed in just half a year since her diagnosis.

Suddenly, she has a clearer picture around why, at school, she struggled to focus and achieve high grades, and how being misunderstood caused other issues in her life such as depression and an eating disorder – ADHD was at the root of it all.

Presently, her mental health is in a good place as she makes sense of her experiences with an expert.

‘I still struggle, I have good days and bad days, but on the whole I would say there’s about a 40% improvement in my quality of life since knowing I have ADHD,’ says Frankie.

‘I’ve been living with this my entire life and struggled extensively, and this diagnosis in March has brought me so much clarity and understanding of myself.

‘It removed the feeling of being a failure.’