A tongue test could diagnose pancreatic cancer before symptoms start

A simple tongue test could diagnose pancreatic cancer before symptoms develop: Patients in the early stages of the disease have different levels of FOUR types of bacteria in their mouths

A study of patients in the early stages of the disease found they have remarkably higher levels of two types of bacteria in their mouths.

The researchers hope their findings will help diagnose the notoriously difficult-to-spot cancer, which killed the A-list actors Alan Rickman and Patrick Swayze. 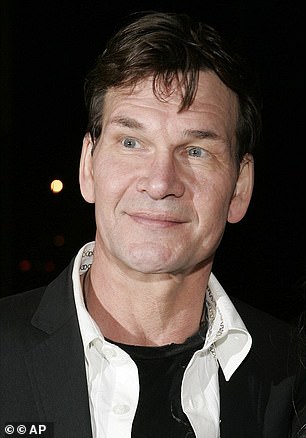 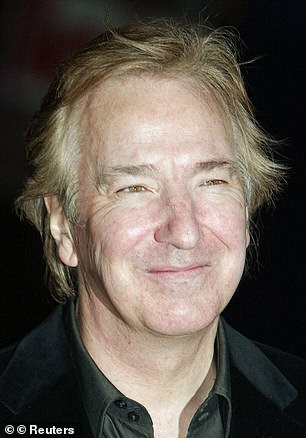 The research was carried out by Zhejiang University, China, and led by Professor Lanjuan Li, director of the state key laboratory for infectious diseases diagnosis and treatment.

In 2015, 9,921 people were diagnosed with pancreatic cancer in the UK, Cancer Research UK statistics reveal.

And in the US, around 56,770 are expected to be diagnosed with the disease this year, according to the American Cancer Society.

Tragically, less than one per cent of patients survive ten years or more post-diagnosis.

Pancreatic cancer is usually spotted at a late stage of the disease due to its symptoms – abdominal pain, unexpected weight loss and jaundice – often only appearing when the tumour is a significant size.

WHAT IS PANCREATIC CANCER?

Pancreatic cancer is one of the most lethal forms of the disease. Around 95 percent of people who contract it die from it.

It is the fourth-leading killer in the United States. Around 10,000 people are diagnosed with pancreatic cancer each year in the UK, and 50,000 in the US.

WHAT IS THE CAUSE?

It is caused by the abnormal and uncontrolled growth of cells in the pancreas – a large gland in the digestive system.

WHO HAS THE HIGHEST RISK?

Most cases (90 percent) are in people over the age of 55. Around half of all new cases occur in people aged 75 or older. One in 10 cases are attributed to genetics.

Other causes include age, smoking and other health conditions, including diabetes. About 80 percent of pancreatic cancer patients have some form of diabetes.

WHY IS IT SO LETHAL?

There is no screening method for pancreatic cancer. Pancreatic cancer typically does not show symptoms in the early stages, when it would be more manageable.

Sufferers tend to start developing the tell-tale signs – jaundice and abdominal pain – around stage 3 or 4, when it has likely already spread to other organs.

WHAT ARE THE SURVIVAL RATES?

For all stages of pancreatic cancer combined, the one-year survival rate is 20 percent. At five years, that rate falls to just nine percent.

If the cancer is caught in stage 1A, the five year survival rates is about 14 percent and 12 percent for 1B.

At stage 2, those rates are seven and five percent, respectively. For a pancreatic cancer in its third stage, only three percent of people will survive another five yaers.

By stage IV, the five-year survival rate falls to just one percent.

WHAT ARE THE TREATMENT OPTIONS?

The only effective treatment is removal of the pancreas. This proves largely ineffective for those whose cancer has spread to other organs. In those cases, palliative care is advised to ease their pain at the end of their life.

Around 60 per cent of patients are diagnosed when their cancer has already spread, according to MedStar Georgetown Cancer Institute.

And another 20-to-25 per cent are told they have the disease before it has spread, but when it is still too large to be operable.

The microbiome has been suggested as an indicator of pancreatic cancer, with past studies looking at changes to bacteria levels in the saliva, intestinal juices and faeces.

In the first study to look at the tongue coating, the researchers analysed 30 patients with early-stage pancreatic cancer that only affected the ‘head’ of the organ, where it attaches to the small intestine.

Tongue scrapings were taken from the patients – aged between 45 and 65 – and compared against the samples of 25 healthy people.

Due to many factors influencing bacteria levels in the mouth, the participants were healthy aside from their cancer, had good oral hygiene and had not taken antibiotics or other medication for three months.

Results – published in the Journal of Oral Microbiology – suggest the cancer sufferers had remarkably different bacteria on their tongues than those without the disease.

Two types of bacteria – Leptotrichia and Fusobacterium – were particularly high in the cancer patients, while another two – Haemophilus and Porphyromonas – were notably low.

It is unclear exactly why this occurs, with the researchers believing tumours in the pancreas trigger an immune response that changes the body’s bacterial make-up.

‘Although further confirmatory studies are needed, our results add to the growing evidence of an association between disruptions to the microbiome and pancreatic cancer,’ Professor Li said.

‘If an association between the discriminatory bacteria and pancreatic cancer is confirmed in larger studies, this could potentially lead to the development of new microbiome-based early diagnostic or preventive tools for the disease.’

As well as helping to catch the disease early, the study also gives hope that pancreatic cancer could be treated via antibiotics or other drugs that alter the body’s bacterial balance.

Probiotics – which are thought to restore the natural balance of bacteria in the gut – could also be given as a preventative treatment to at-risk people.

Pancreatic cancer is more common in people over 75, as well as smokers, those who are overweight and in individuals with a family history of the disease.