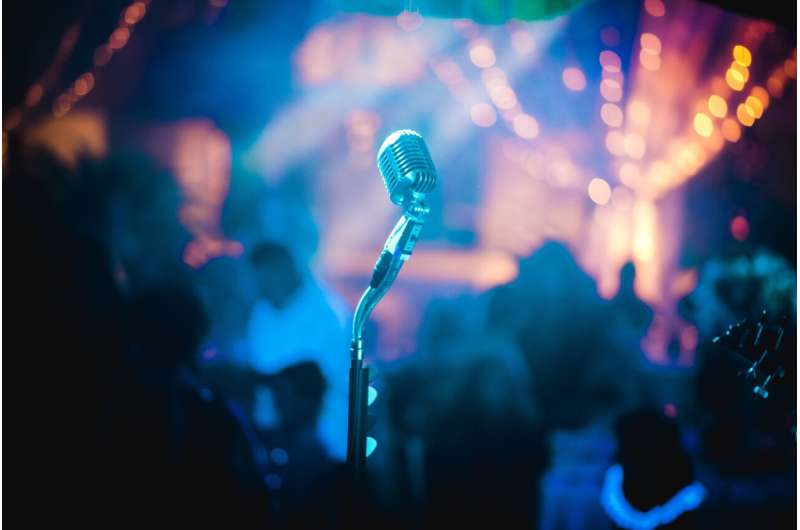 Oxytocin is a hormone produced in the brain of humans and other animals, specifically in a region known as the hypothalamus. Also known as the hormone of love, it plays a crucial part in social bonding, reproduction, and childbirth.

In recent years, some neuroscientists have been investigating the potential benefits of oxytocin administration for reducing anxiety and psychosocial stress, as well as supporting cognitive processes. While some of these studies achieved interesting results, the beneficial and potentially therapeutic effects of oxytocin administration are yet to be clearly delineated.

Researchers at São Paulo University have recently carried out a study specifically looking at whether administering oxytocin to professional singers before a public performance would lower their anxiety and improve how they felt they performed afterwards. Their findings, published in Frontiers in Neuroscience, provide interesting new insight about the possible effects of oxytocin on how humans feel and perceive themselves.

“Considering that oxytocin has a potential therapeutic effect on anxiety, cognitive processes, and decreased psychosocial stress, this study’s objective was to assess the effects of a single dose of 24 UI of intranasal oxytocin among professional singers, during a public singing simulation test, on their self-rated performance and mood,” Flávia de Lima Osório, Gleidy Vannesa Espitia-Rojas and Lilian Neto Aguiar-Ricz, the researchers who carried out the study, wrote in their paper.

Osório and her colleagues carried out their experiment on 54 male professional singers in Brasil. These singers were asked to perform for others, in an environment that resembled those they would typically perform in. Before and after they performed, each of the participants was asked to complete two questionnaires, one evaluating their mood and the other their perception of themselves and how they did.

Before they performed, half of the participants received an intranasal dose of oxytocin, while the other half received a placebo treatment. Remarkably, the researchers unveiled some differences in how those who received the oxytocin felt they had performed.

“The results show that the use of OXT during the performance and immediate post-stress favored more positive (effect size: d > 1.04) and less negative assessments of musical performance (effect size: d > 1.86) than when placebo was used,” Osório, Espitia-Rojas and Aguiar-Ricz wrote in their paper. “No treatment effects were found in any VAMS subscales, indicating no direct anxiolytic effects.”

Essentially, the findings gathered by this team of researchers suggest that oxytocin could make professional musicians or other performers feel more confident in their performance (i.e., feeling that they performed better, and that the audience liked their show). However, in the study, the administration of oxytocin did not appear to have any effect on the professional singers’ performance anxiety, suggesting that it might not directly affect physiological stress levels.