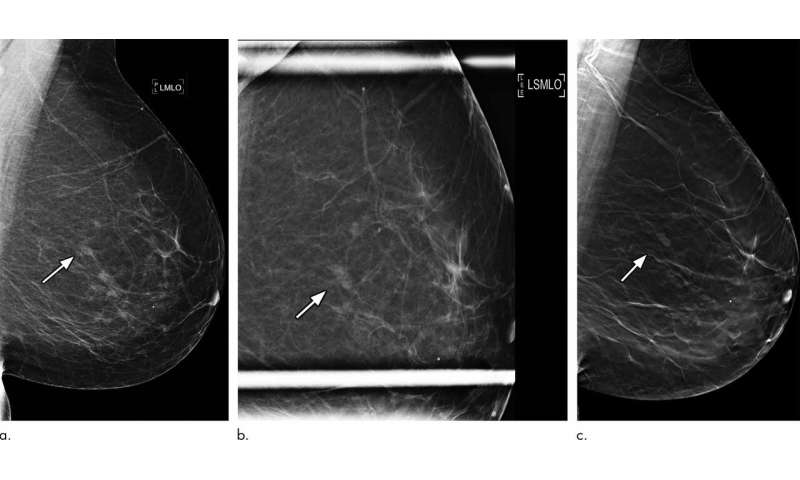 The use of digital breast tomosynthesis (DBT), also known as 3-D mammography, may significantly reduce the number of women who undergo breast biopsy for a non-cancerous lesion following an abnormal mammogram, according to a new study published in the journal Radiology.

Unlike standard or full-field digital mammography (FFDM), which captures two X-ray images of the breast from top-to-bottom and from side-to-side, DBT captures multiple images from different angles that are synthesized into 3-D images by a computer.

“The thin slice images of the breast taken with DBT reduce the effect of tissue overlap, which often leads to cancers being missed or to women who don’t have breast cancer being recalled for diagnostic imaging,” said lead researcher Nisha Sharma, M.B.Ch.B., director of breast screening and clinical lead for breast imaging at Leeds Teaching Hospital NHS Trust, Seacroft Hospital, in Leeds, England. “In our study, we wanted to determine the impact of DBT on the biopsy rate among women recalled for an abnormal screening mammogram.”

The single-institution prospective study included 30,933 women who had a screening FFDM or screening breast MRI through the U.K.’s National Health Service Breast Screening Programme (NHSBSP) at Seacroft Hospital between 2015 and 2016. Within six weeks of their breast screening, the women also underwent DBT. 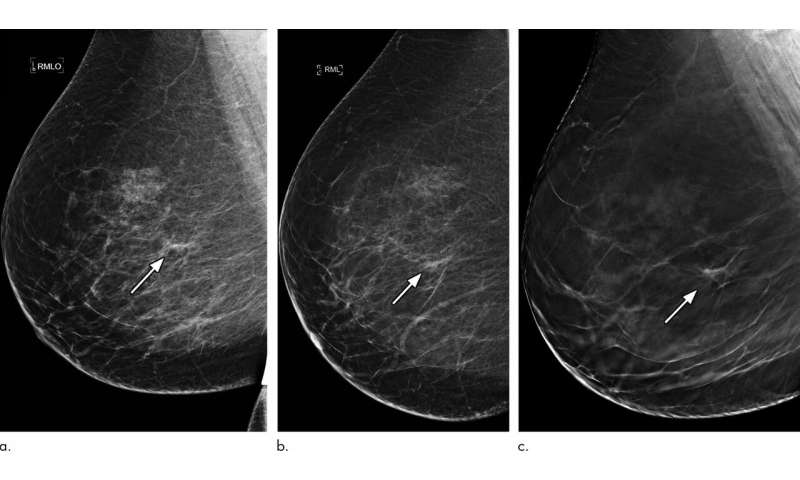 Of the study group, 1,470 women were recalled for further imaging (4.8 percent recall rate) to assess an abnormality. A final recall group of 827 women after exclusions (mean age 56.7 years) required 571 biopsies, yielding a biopsy rate of 69 percent. Biopsy detected 142 cancers. In 429 of the biopsies performed, the suspicious lesion detected on screening mammography was not cancerous, for a benign biopsy rate of 75 percent.

The researchers read the DBT images blinded to the original FFDM screening results to determine whether 3-D images would have influenced the biopsy recommendation. The inclusion of DBT imaging would have reduced the number of biopsies performed on recalled women from 571 to 298—while still detecting the 142 cancers—for a biopsy rate of 36 percent, and a benign biopsy rate of 52 percent.