Buffie Purselle is doing whatever it takes to become a mom.

After a long battle with infertility issues, the Married to Medicine star and her husband — Atlanta psychiatrist Dr. David Purselle — have officially begun the surrogacy process, PEOPLE can exclusively report.

Their happy news was announced on Friday, at the taping of the hit Bravo show’s season 7 reunion.

“We’re so excited to become parents,” Buffie, 41, tells PEOPLE. “A family is something that we have both desperately wanted for so long now. We made our decision and we couldn’t be happier!”

“I can’t wait to come home and see David with our [our son or daughter], messing up the marble in our kitchen doing some science experiment,” she jokes. “That’s going to be the best thing!”

Buffie’s journey to parenthood has been documented on this season of Married to Medicine.

The tax and personal finance professional has said on the show that she’s spent over $200,000 trying to get pregnant — trying everything from intrauterine insemination (IUI) to in vitro fertilization (IVF) to, as Buffie tells PEOPLE, “the good-old-fashioned fun way.”

“We tried and tried, and we were successfully able to get pregnant six times, but unfortunately we had six miscarriages,” Buffie recalls. “Sadly, it didn’t [stick].”

Surrogacy is something she and Dr. David, 49, had considered, though Buffie was previously against it. “In the past, I wanted to experience the feeling of carrying our child, giving birth and that connection,” she says. “I really wanted to make it work.”

They had talked about adoption, too, but “David has been adamant about wanting to have our own biological child,” Buffie says.

So what changed? Seeing stars like Gabrielle Union, Andy Cohen and Real Housewives of Atlanta‘s Kandi Burruss try surrogacy to expand their own families.

“With their stories, I have hope,” Buffie says, “and I am ready to move forward with this next chapter in our lives.”

The Purselles — who have been married for 15 years and together for 18 — tell PEOPLE that they’ve hired a service recommended through a family member, and are currently in the process of finding the right surrogate.

“We have five embryos from years ago, three boys and two girls,” Buffie says. “We’ll be really happy either way.”

All in all, Buffie says she’s happy they’ve finally decided on their next steps.

“This has been a tough season and brought up a lot of bad pain, but I always try to look for the good,” she says. “I feel like it forced me to have a conversation with myself and my husband that I had swept under the rug, and it was something that we both desperately wanted. We’re ready!”

Married to Medicine airs Sundays at 9 p.m. ET on Bravo. The reunion is expected to air in early 2020. 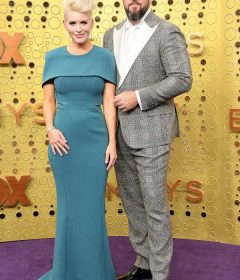 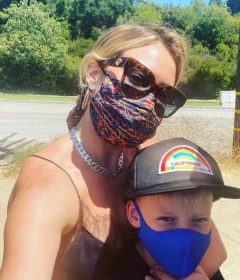 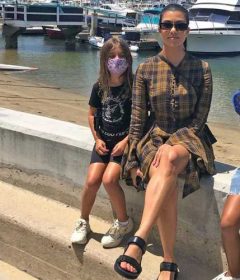