Why Your Nails Might Have Suddenly Developed More Ridges

When we talk about nails it's usually in reference to a favorite polish color or the nail art trend we can't wait to try once salons are a thing again. And unless they're constantly breaking, the health of our nails typically takes a back seat to other concerns. It makes sense: Nail health isn't exactly sexy so it's easy to forget that our hands can tell us a lot about what's going on inside our bodies.

But one thing that'll get you to pay attention to your nails is when they change the way they look or feel. If you start to notice that your manicure isn't as smooth as it used to be, or you see little white spots or lines — also called nail ridges — slowly show up and stick around, you might be wondering what it means.

What is a nail ridge?

A nail ridge is, at its simplest, a depression in the nail. This valley, often accompanied by white spots or lines, can feel uneven, bumpy, or raised to the touch and it can happen to both your finger and toenails. The good news is that nail ridges aren't painful and they're not usually a reason to worry.

Turns out they're not actually calcium deposits or a lack thereof. Instead, Mona Gohara, a dermatologist and associate clinical professor at Yale, likens nail ridges to wrinkles in the skin: Most of the time they're just something that happens with age. Longitudinal ridges, the lines that run from your cuticle to the tip of your nail are the most common and usually don't mean much. "For the most part, [they just] mean that time has passed and your nails are changing," Gohara says.

So why do they happen? Some people are genetically predisposed to weak, brittle nails that are susceptible to ridging and as you get older, circulation to your extremities can slow down, says Dana Stern, a New York City-based dermatologist who specializes in nail health. "This compromise of oxygenated-rich blood and nutrients is why nails largely become brittle," and possibly develop ridges, she says.

In rare cases, a nail ridge can be a sign of a larger health issue. "Other less likely causes of vertical ridges are anemia or arthritis, but in those cases [there are usually] other systemic or accompanying nail signs, like nail bed discoloration," Gohara says. "Horizontal nail ridges, or Beau's lines, may be the result of a physiologic stressor, or something systemic such as diabetes, thyroid abnormalities, or kidney disease," Gohara says, adding that sometimes physical trauma like hitting your hand or fingers against something as well as a lack of nutrients due to a gastrointestinal disorder can also cause nail ridges.

How do you prevent and treat nail ridges?

It’s not always possible to prevent nail ridges, but that doesn't mean you can't try: Everyday environmental factors like hand washing or sanitizing, as well as using pure acetone nail polish remover can exacerbate the ridges and make them more pronounced.

Acrylic, gel, or dip manicures won't necessarily cause them, but they can worsen the issue if the nail is over-buffed during removal, Stern adds. "This process can sometimes result in thinning the nail plate which can make ridging worse and will likely cause the nail to break more easily," she says. "The other risk with acrylics is how they are removed. If an electric file or aggressive scraping is [used], the nail matrix can be damaged and the nail plate can develop surface irregularities or also become too thin." This can eventually cause ridging.

Stern recommends keeping nails short, using a glass nail file instead of an emery board ("which causes microscopic tears in the nail that can lead to splits and peeling"), and keeping your circulation up with regular exercise or hand massages. Wearing gloves for housekeeping or gardening can help too.

Keeping your hands hydrated, especially in the winter months, is also key. "Oils are a must for nails because they absorb so effectively at both the cuticle and nail plate," says Stern, who developed her own three-step nail system for healthier nails, including an oil with sunflower and coconut to combat brittleness. "Just like we care for dry, over-processed hair, we need to treat our nails with the right products to keep them healthy and beautiful." Try switching to a non-acetone-based nail polish remover, like this one from Rooted Woman.

When to see a doctor for a nail ridge.

Usually, a ridge is no reason to worry, but if it seems to have come out of nowhere and you don't remember bruising it, Gohara says it might be good to see a doctor. "I'd always have the nails examined by a board-certified dermatologist to sort out what the cause may be, especially if it comes on suddenly." 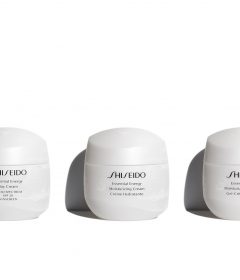 Shiseido in Talks With CVC to Sell Personal-Care Business 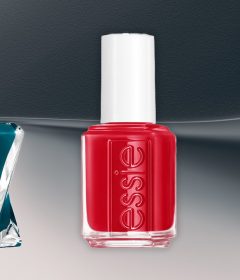 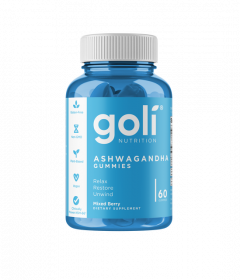 Vaccine delivered via skin could help in fight against respiratory diseases

Delicate Covid Vaccines Slow Rollout — Leading to Shots Given Out of Turn or, Worse, Wasted

21/01/2021
We and our partners use cookies on this site to improve our service, perform analytics, personalize advertising, measure advertising performance, and remember website preferences.Ok