Home » Beauty & Balance » What to Watch: The Beauty M&A Slowdown

What to Watch: The Beauty M&A Slowdown

Beauty M&A is no longer booming.
Beauty companies, private equity firms and venture capitalists have spent billions in the past few years buying up beauty brands, but now experts say a beauty M&A slowdown is upon us.
It's not a full stop. Several deals — including the sale of Drunk Elephant — are likely to come before the end of the year, sources said. But assets of scale are few and far between, and it will likely take two to three more years to see which companies come out on top of the current generation of indie brands. That means fewer billion-dollar deals and a continued uptick in smaller indie investments.
The beauty deal slowdown is due, in part, to the crazy M&A boom. Some of the big buyers during that period simply don't need to make more acquisitions right now, sources noted, especially as price tags for "good" brands stretch into the billions.
"Where we are in M&A today, there's a cautionary tale between the past and present," said Andrew Shore, managing director at Moelis. When the makeup category was strong, purchase prices for brands went way up, Shore noted. "You found that every year, lower quality assets were sold at higher prices, and now strategics are being more selective."
"Strategics are not necessarily running hard at the next shiny object," one financial source said.
The impairment charges companies have faced as the result of acquisitions may have something to do with that, the source said.
Coty just recorded almost $4 billion in impairment charges, mostly related to its Consumer division, which contains Cover Girl, Clairol and other struggling brands. P&G took an $8 billion write down for the $57 billion purchase of Gillette. (That was an older deal done in 2005.) L'Oréal took a more than 200 million euro impairment charge for Clarisonic in 2016, and The Estée Lauder Cos. Inc. recently took a $90 million goodwill impairment on Smashbox.
That being said, companies haven't given up on acquisitions altogether. Recently, General Atlantic took a majority stake in Morphe at a $2.2 billion valuation. Before that, Unilever bought Tatcha for nearly $500 million, and Colgate bought Filorga for nearly $1.7 billion.
There have been a slew of small deals, including Unilever Ventures investing in Saie Beauty; BAM Ventures and Beechwood investing in Shani Darden's brand, and Bravo Sierra's $6.7 million VC raise. Barbara Sturm is also said to have quietly taken an investment from One Luxury, a firm that was an early investor in Pat McGrath Labs.
"It's not exactly slow — it's just different types of going on," said one financial source, pointing out that there isn't much in the middle market, and that many deals lately are smaller capital raises. That source noted the brands that private equity firms bought a few years ago will likely be ready to come to market later this year or early next.
"It's incredibly selective," another financial source said. "Morphe was a record-setting deal, I think Drunk is going to get done at a big price, you just had Filorga get done." The source noted that while the market is likely to settle down, for certain brands the deals will still get done, and the valuations will still be high.
And there are still a few brands in the market. Industry sources said Curology, which has about $100 million in sales, has hired Financo to explore sale options. They also noted that Lilly Ghalichi's Lilly Lashes has hired Intrepid to explore investment options. Dose of Colors, which industry sources said had about $80 million in sales, is also rumored to be exploring deal options, as is Drybar — but only for the hair products side of the business.
There are also some larger, but more problematic, assets on the market.
Revlon has hired Goldman Sachs to consider options for the business, but financial sources noted that it's unlikely buyers are lining up to buy all or parts of that operation. Goldman is expected to start marketing the company after Labor Day.
Sale rumblings are also surrounding Coty Inc., with industry sources saying that the company plans to sell between $500 million and $1 billion in assets as the latest management team tries to turn the ailing business around. Many Coty brands, including Clairol and others in the Consumer division, are said to be struggling.
Coty is also said to be on the hunt for luxury or skin care brands to buy, and industry sources have said the business talked to Kylie Cosmetics earlier this year about making an investment. Colgate, too, has been seen on the acquisition track, bidding on (but losing) Elemis before ultimately purchasing Filorga. Industry sources said the business remains active in skin-care brand processes as it looks to build up that division after its initial acquisitions of PCA Skin and EltaMD in 2017.
Industry sources said that the back end of operations, manufacturing specifically, is likely to continue to draw investor interest. Private equity firms have been more interested in manufacturing deals lately, in part because they've been squeezed out of the sale processes for brands including Elemis and Drunk Elephant. New York-based Mana Products is said to have hired Guggenheim to explore sale options in the wake of founder Nikos Mouyiaris' death in January.
For more from WWD.com, see:
Coty Divests Younique Stake
Revlon Deal Process Said Starting After Labor Day
Influencer Brand Summer Fridays Lands Investor
Source: Read Full Article 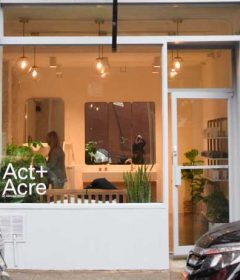 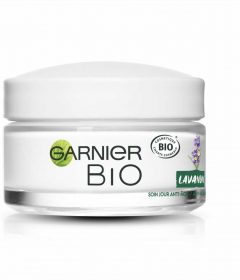 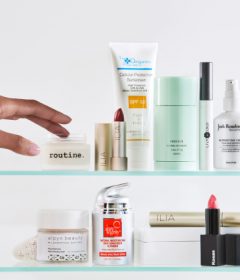