This Woman Made False Lashes With Her Own Leg Hair

With people increasingly preferring cruelty-free false lashes, the search for natural-looking lashes that do no harm to animals. And sure, there are some impressive synthetic options out there, but as long as you don't count yourself as an animal, one TikTok content creator has come up with a way to get natural-looking false lashes from an especially natural source: your own legs.

Liz Lele has already attempted to turn eyebrow hairs into false lashes, but it's her recent TikTok video in which she uses her own leg hair that has garnered two million views.

"So today's experiment is, 'Can I use my leg hair to make a set of fake eyelashes?' And the answer is yes," Lele says, narrating over clips of the process. "So I took a nice bath, I soaked my follicles, and I pulled out about 150 hairs. And then I used Duo lash glue to put them right onto my eye." Lele tells viewers that plucking isn't necessary — cutting them with. cuticle clipper works, too.

"Does that not look like a lash?" she says, excited with the initial outcome. "And so this is about halfway through. It's starting to look good. I'm comparing, and towards when I got to the hundreds, it looks legit. I was like, wow, very impressed."

We couldn't get over the fact that she plucked individual leg hairs, so we had to ask if that was tedious or painful. "I prefer shaving, but since the hairs were short, I said, 'What the hell,'" she tells Allure. "It's just like plucking eyebrows — a slow alternative to waxing. If you soak your legs, it’s not that bad."

Lele says the reactions to her video “are a mix between disgusted but impressed and in love with the idea." Among the comments: "Idk if I just witnessed greatness or a beauty crime 😬," and, "Now do the reverse and make leg hairs using eyelashes."

Well, she didn't do that, but she did attempt the same experiment with her boyfriend's leg hair. "But it looked like spider legs," she laughs.

To be the first to see Lele's newest hair-centric experiments, you can find her on TikTok: @lizlele. 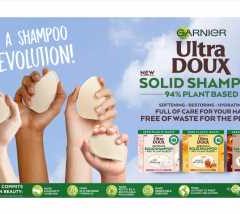 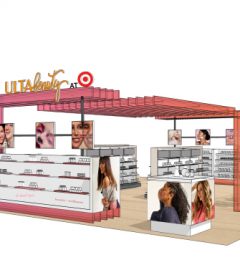 Target and Ulta Beauty Team Up